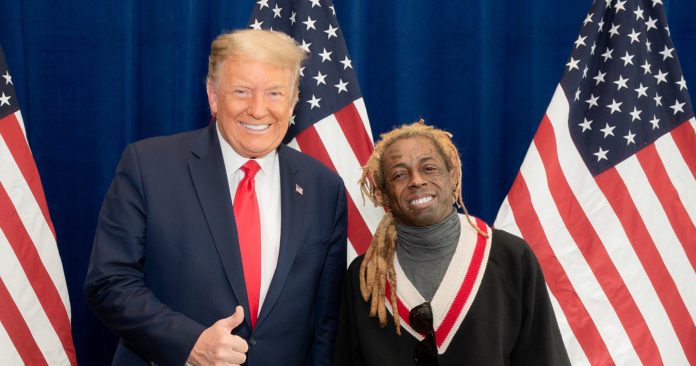 Before trump leaves office he plans on pardoning Lil Wayne and other 100 people on his last day in office. – By Stephanie Mwangi.

On Wednesday, January 20th, Trump is expected to leave the White House and on the material day, the 45th president of the United States will issue commutations and pardons to white collar criminals and high-profile rappers and a jailed Florida eye doctor.

Wayne is currently facing federal weapon charges in Miami last month. He pleaded guilty to the possession of illegal firearms which may have him get a lower sentence

Lil Wayne publicly endorsed Trump for reelection in November 2020. He also went on to praise him for allegedly listening to the black community

“ I just had  a great meeting besides what he’s  done so far with criminal reforms , the platinum plan is going to give the community real ownership , he listened to what we had to say today and assured he will get it done”