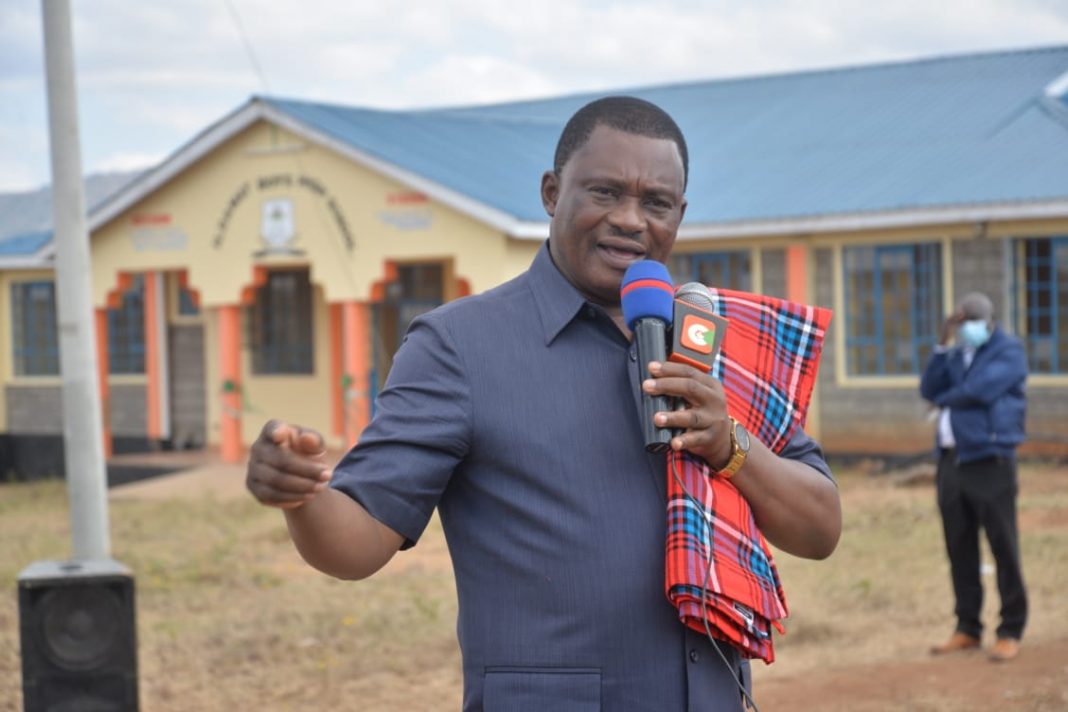 Speaker Muturi was among those who attended the official opening of Ildamat Boys’ High School in Kajiado Central, which was erected by the area NG-CDF committee under Memusi’s patronage.

“We appreciate the Njuri Ncheke elders for crowning Muturi as an elder. It seems the elders saw what we couldn’t see. They saw ahead of us,” Sankok said.

Muturi has entered the race, claiming to be a solution for the country’s issues and promising to restore order and discipline to the public sector.

Mositet urged Kenyans to see Muturi as a Mbeere, a minority group that includes Maasais, Elmolos, and those living along the coast.

He believes it is past time for Kenyans to elect a president from within the country’s minority, claiming that the country’s issues stem from being headed by large groups.

Speaker Muturi stated that no one has been denied the opportunity to run for political office and that it is important for those who do so to keep their promises to Kenyans.

He vouched for a fair distribution of the Equalisation Fund to reach the hardest-hit communities, which is why the fund was formed in the first place.

*This article was written by Gerald Gekara for Uzalendo News.