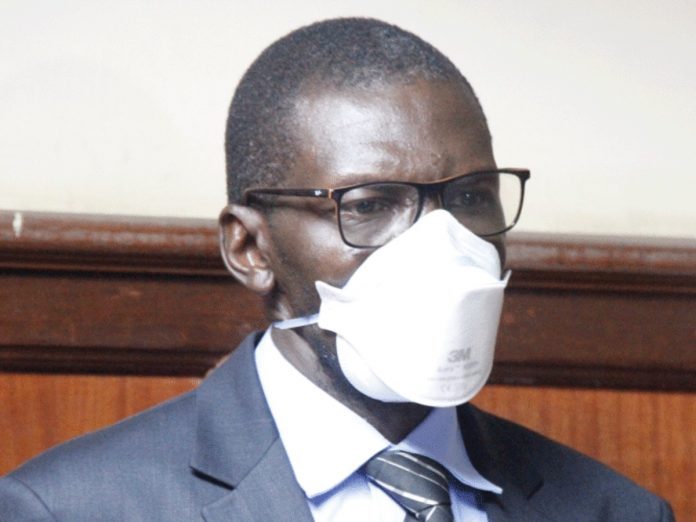 Mama Lucy Hospital Dr. Musa was charged with child trafficking alongside Makallah Fred Leparan and Selina Awuor Adundo has been acquitted by court. – By Meshacl Makau.

A Milimani Law Courts Magistrate released him for lack of enough prosecution evidence.

The case has now taken a different turn as Fred and Selina appeared before the magistrate and charged afresh. The duo was charged with trafficking in persons and pleaded not guilty.

The prosecution claims that the accused persons conspired on diverse dates of April 30 and May 13, 2020 to traffic 3 babies aged 2 and 8 months respectively from the said facility.

Fred and Selina were both employees of The Nairobi Metropolitan Services Medical Social Workers stationed at Mama Lucy hospital. The two were also charged with neglecting the said toddlers, causing them to be in need and failing to protect them. In total, the accused were in custody 5 babies.

The prosecution lined up a witness today to testify against the duo. Brian Muia told the court that in the company of his friend identified as Morris picked one the said toddlers in Savannah area along outering road.

In a cross examination by the prosecution council, Brian explained that he had gone at a friend’s birthday party when he picked one of the babies abandoned in a box. “I had gone for a friends birthday party in industrial area. At around 7 PM I left in the company of Morris. That time curfew was at 7 and we were chased by the police. We headed towards Savannah and hid in a car yard until 11 PM,” said Brian.

The Witness further explained that it was around that time when they heard cry of a baby and upon search, they found the baby wrapped in a maasai Shuka placed inside a box.

They decided to take the abandoned baby to police station where they were later referred to Mama Lucy hospital.

“We took the baby to Mama Lucy hospital where I met Fred and Selina who introduced themselves as Medical Social Workers. The child was book in and admitted at the hospital. We set up a meeting with Dr. Musa since were told that we could only see the child again with his permission.

My friend and I were only allowed to see the child once. The next time we went to see the child were informed that the child had been transferred to children’s department next to Mama Lucy hospital. My efforts to write to the facility to get a permit to see the child bore no fruits. The last time I heard about the baby was when I was called by the CID to record a statement,” recalled Brian.

The prosecution is expected to line up more witnesses including Dr. Musa who is now a state witness.