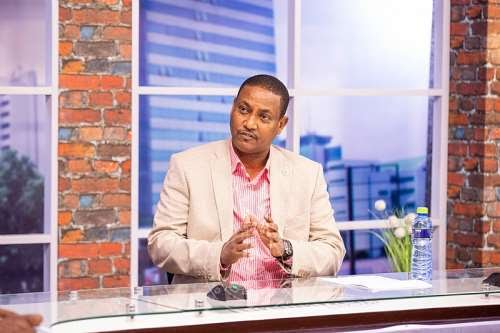 Plastic trash has become a problem for the ecology all around the world.

While some governments have been successful in combating the threat, Ghana and many other African nations have struggled.

Although there have been discussions about how to deal with plastic garbage in the country, no concrete steps have been implemented as the problem persists.

Ghana produces over 1.1 million tons of plastic waste each year, according to reports.

Only 5% of waste is collected for recycling, indicating that a significant amount of rubbish remains in the system, with some ending up in the ocean.

Mr. Mamo B. Mamo, who appeared on the GTV Breakfast show on Friday, May 13, 2022, to present Kenya’s success story after banning plastic in 2017, emphasized that the benefits have been immense.

He said when regulations are made, the people must be engaged and made to understand the need to fight plastic pollution.

He stressed that it is only collectively that the fight against plastic and waste of any kind can be won.

“The founding father of this country, Dr. Kwame Nkrumah said Africa is one, one nation and one people. We must ensure that Mother Earth must be protected by all of us,” Mr. Mamo B. Mamo concluded.

The gala night is scheduled for Friday evening at the Kempinski Hotel Gold Coast City Accra.