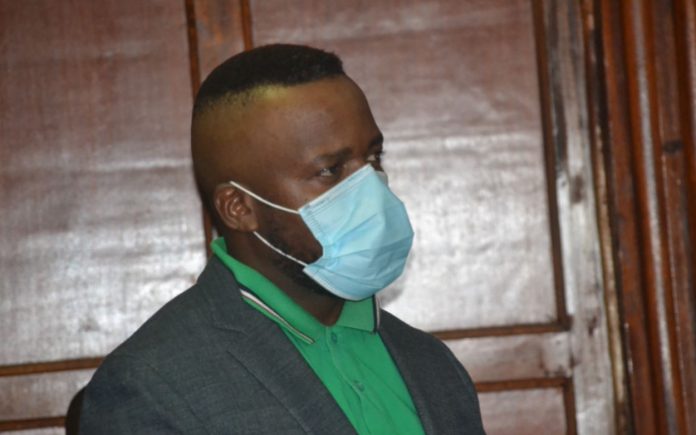 Grasper Asenga Rogasiani has been released on Ksh. 300,000 bond in Milimani Law Courts. The accused was before Chief Magistrate Martha Mutuku . – By Meshack Makau.

Mr. Rogasiani was accused of conspiring to defraud Kenya Revenue Authority Ksh. 10,000,000. The alleged fraud was said to have occurred on December 16, 2019 by issuing fake cheques purported to be issued by I&M Bank.

The accused also faced charges of obtaining goods by false pretense. According to the charge sheet on December 20, 2019 at Times Tower, Rogasiani falsely obtained Ksh. 224,000 pieces of exercise duty stamps from the Commissioner of Domestic Taxes by claiming that he had paid the said amount to settle excise duty.

The accused was however granted an alternative cash bail of Ksh. 1,000,000