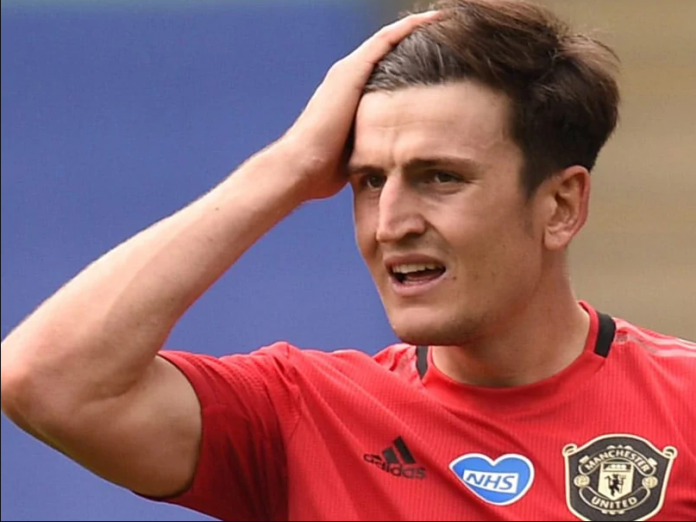 Manchester United captain Harry Maguire has been given a suspended sentence of 21 months and 10 days in prison after his trial on the Greek island of Syros.

The England defender, 27, was found guilty of repeated bodily harm, attempted bribery, violence against public employees and insult after arrest on Mykonos.

Maguire said after Tuesday’s verdict that he had instructed his legal team “with immediate effect to inform the courts we will be appealing”.

“I remain strong and confident regarding our innocence in this matter – if anything myself, family and friends are the victims,” he added.

Southgate, who had included the defender in the squad earlier the same day before the guilty verdict was given, added: “As I said earlier today, I reserved the right to review the situation.

“Having spoken to Manchester United and the player, I have made this decision in the best interests of all parties and with consideration of the impact on our preparations for next week.”

The sentence is suspended for three years because it is a first offence and the charges were misdemeanours.

Maguire was arrested along with brother Joe, 28, and Christopher Sharman, 29, on Thursday after an altercation with police.

Sharman has been found guilty of insult, repeated bodily harm and violence against public employees.

Both were sentenced to 13 months in prison, suspended for three years.

All three men denied all charges.

Harry Maguire was not in attendance at the trial in Syros, but his father, Alan, was.

The United captain is being represented by Alexis Anagnostakis, one of Greece’s top human rights lawyers, who asked for a postponement, but that was rejected by the judge.

Manchester United said in a statement: “Harry Maguire pleaded not guilty to all of the misdemeanour charges made against him and he continues to strongly assert his innocence.

“It should be noted that the prosecution confirmed the charges and provided their evidence late on the day before the trial, giving the defence team minimal time to digest them and prepare. A request for the case to be adjourned was subsequently denied.

“On this basis, along with the substantial body of evidence refuting the charges, Harry Maguire’s legal team will now appeal the verdict, to allow a full and fair hearing at a later date.”

Anagnostakis told the court the events stemmed from Maguire’s sister Daisy being injected by a substance by a group of Albanians and she immediately fainted.

The defendants called for transport and asked to be driven to a hospital, but were instead taken to a police station.

The prosecution said Maguire, his brother and friend then physically and verbally attacked police officers.

One policeman alleged that while at the police station, Maguire said: “Do you know who I am? I am the captain of Manchester United. I am very rich. I can give you money. I can pay you. Please let us go.”

His colleague added that Maguire had said to him: “Please, let me go. I am very rich. I can pay. I am the leader of Manchester United.”

The defence argued that this request may have been lost in translation and suggested Maguire may have been asking to pay a “fine” to be released.

In response to the charge of insult, the defence added that the defendants said things which did not imply diminished professionalism by the police officers.

Anagnostakis said the defendants had been beaten, an assertion confirmed by a forensic expert, and added that Maguire became angry only after he was as hit on his “golden leg”, insinuating his dominant leg in football.

There will be no immediate decision over whether Harry Maguire will retain the Manchester United captaincy.

Although as the club do not expect a resolution to the £80m defender’s appeal until well after their first Premier League game of the new season against Crystal Palace on 19 September, officials accept it is a conversation that will have to take place at some point.

Maguire has been in regular communication with the club since the story broke on Friday and does understand the disruption that has been caused by events of recent days.

United’s squad is not scheduled to return for pre-season training until 2 September. Presently, they have no friendlies arranged.

However, it is likely there will be some, although whether these will be played with no media present, as was the case with their pre-lockdown games, remains to be seen.