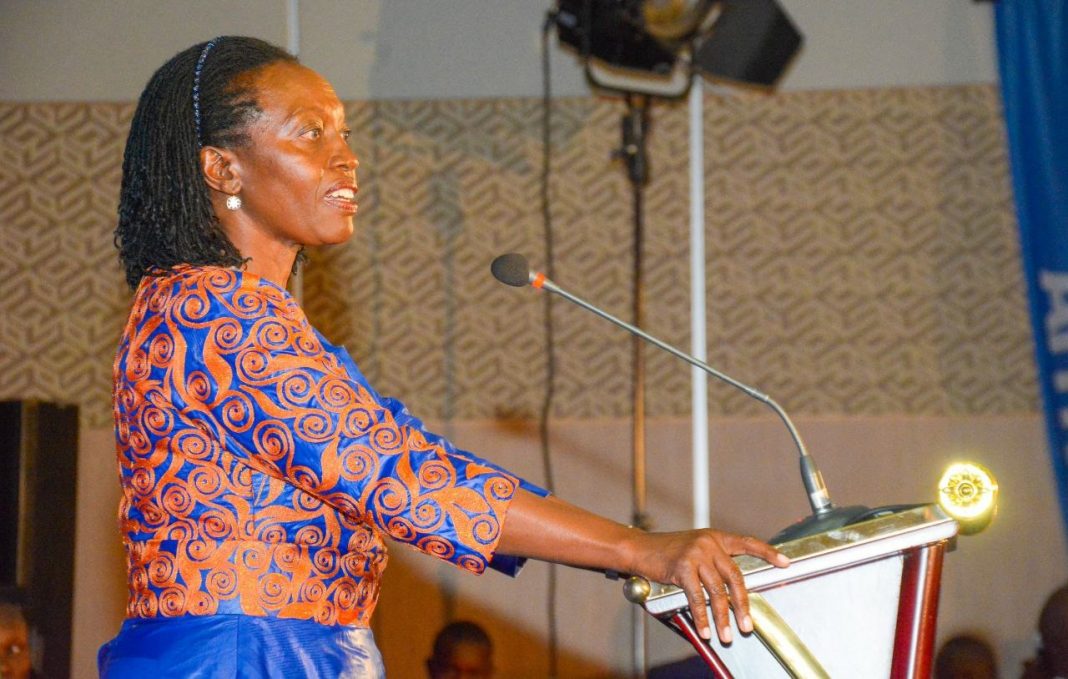 Azimio la Umoja-One Kenya coalition party presidential running mate Martha Karua has expressed optimism that they will succeed in the push to invalidate the 2022 Presidential results.

While addressing the media on Wednesday at the KICC, the coalition principals Raila Odinga, Kalonzo Musyoka and running mate Martha Karua said their victory at the August 9 polls was just deferred.

“Ours is victory deferred but it’s coming home and that’s the message to everyone as we explore legal and constitutional avenues,” Karua said.

Karua stated that the Azimio coalition will use every legal and constitutional means at their disposal to seek redress.

The Azimio leaders spoke after what they termed a familiarization meeting with Azimio elected leaders from across the country.

She asserted that the coalition has produced more Members of Parliament than their competitors in the Kenya Kwanza Alliance.

“Our figures show that we command the National Assembly, in the Senate, our competitors are up by one,” Karua said.

He stated that their decision to denounce the election results has captured the attention of the world, and that they are all prepared to ensure that the country does not go astray.

“Unfortunately this has happened because of what happened at Bomas of Kenya. The legal process continues, the political process also continues,” he said.

Raila termed the results as null and void and said they will explore all legal avenues to ensure the outcome of the election is reversed.