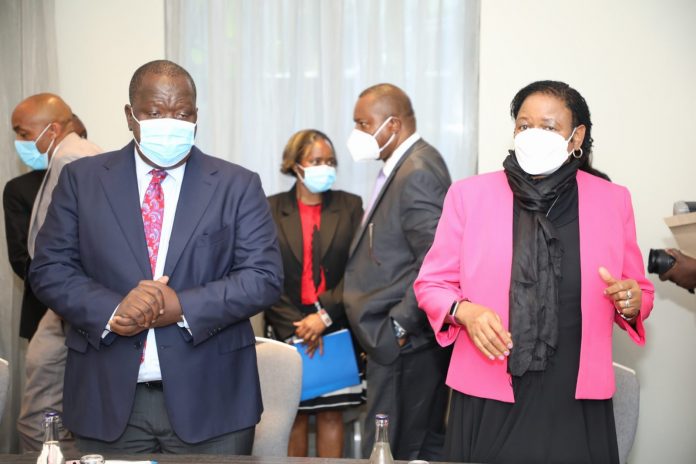 Chief Justice Martha Koome presided over the National Council on the Administration of Justice’s (NCAJ) inaugural meeting, which was attended by all state actors.

Interior CS Fred Matiang’i was among those who accepted the invitation and vowed help for the judiciary’s infrastructure requirements.

She emphasized the importance of collaboration among all stakeholders in the justice system, noting that they are all independent but interconnected.

The restoration of quick fines for traffic violators, the fast-tracking of graft cases, prison de-congestion, the review of cases involving children, and the creation of more Small Claims Courts were all considered during the conference.