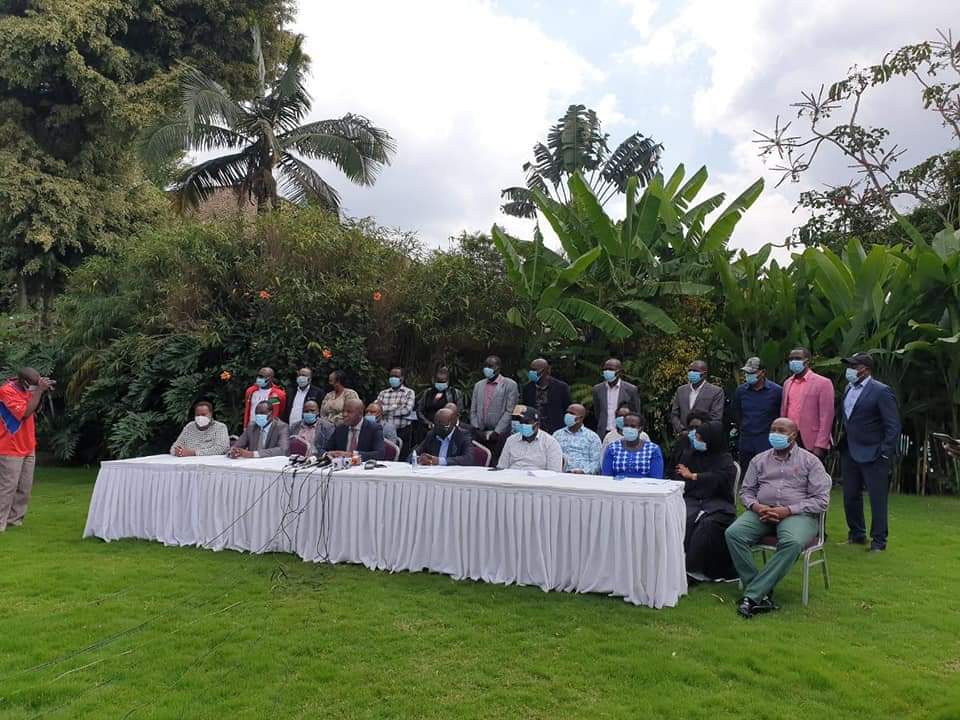 The Judiciary has been chastised by a group of MCAs selected from the 47 County Assemblies over the recent High Court judgement declaring the Building Bridges Initiative (BBI) Bill illegal.

The verdict, according to the MCAs, overruled the direct sovereignty of the millions of Kenyans who backed the law, as well as the 43 County Assemblies, the National Assembly, and the Senate.

They voiced dismay and discontent with the verdict, claiming that it places the country on a perilous and dismal road.

As a result, the MCAs urged that the verdict be appealed and that all county assemblies named as interested parties attend in court.

They also requested that the Judiciary ceases to deprive Kenyans of their direct sovereign rights or to abuse the delegated indirect powers granted to them by Kenyans.

The legislators encouraged Kenyans to seek responsibility from the judiciary, warning that such an interpretation of the Constitution will almost certainly plunge the country in greater post-election violence than 2007 and doom Kenyans to permanent economic degradation.

The five-judge bench of Joel Ngugi, George Odunga, Jairus Ngaah, Teresia Matheka and Chacha Mwita nullified the entire BBI process as an illegality days after the National Assembly and the Senate approved it.

The judges also declared that President Uhuru Kenyatta had violated th Constitution, particularly Chapter 6, when he initiated the process following his handshake with former Prime minister Raila Odinga with whom he promoted the process.

They said only Parliament or the citizens can initiate such process, thus, “A declaration is hereby made that civil proceedings can be instituted against the president for violating the Constitution, by initiating its amendment.”