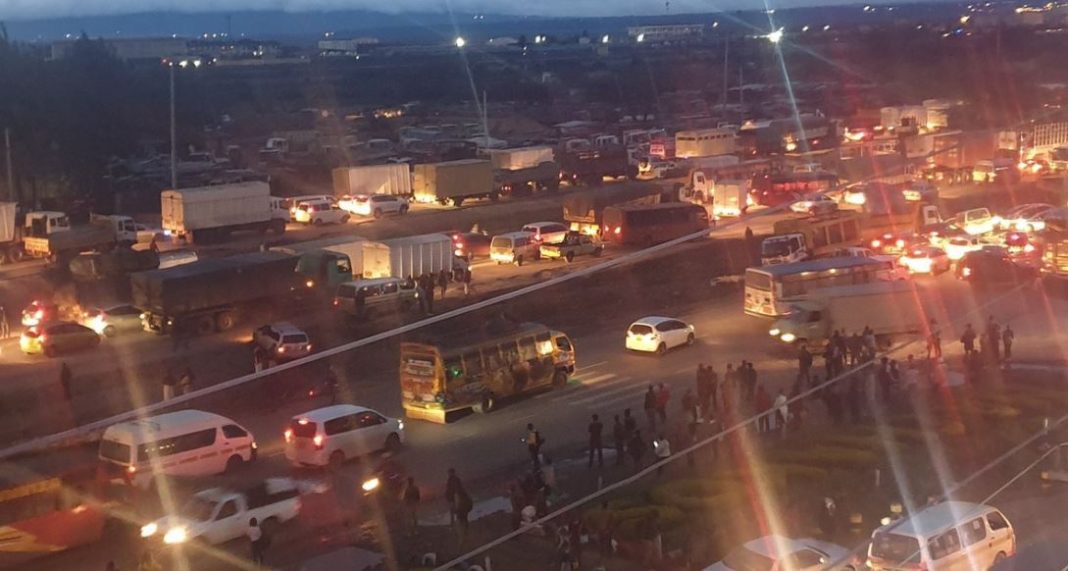 Experts have warned over the Mombasa road traffic jam should be listed as health hazard that risk users lives daily.

According to health consultant Dr.Mercy Korir, awful traffic jams for may result to mental health issues and disturbance of people’s wellbeing.

During this rainy season Mombasa road traffic jam has been reported to stretch hours past midnight.

Residents who commute on the key highway have also confirmed not adhering to curfew regulations, due to heavy traffic.

The CRBC, that is currently working on the much awaited Nairobi Expressway, noted an increase in accidents that were mostly as a result of motorists not utilizing speed notices.

Deep excavations especially at the General Motors footbridge where marked notorious for speeding vehicles which then end up in the ditch.

According to motorists plying the busy road, at least an incident of a car falling into the ditch was reported.

The Expressway that stretches from JKIA which will ease the movement in and out of town.