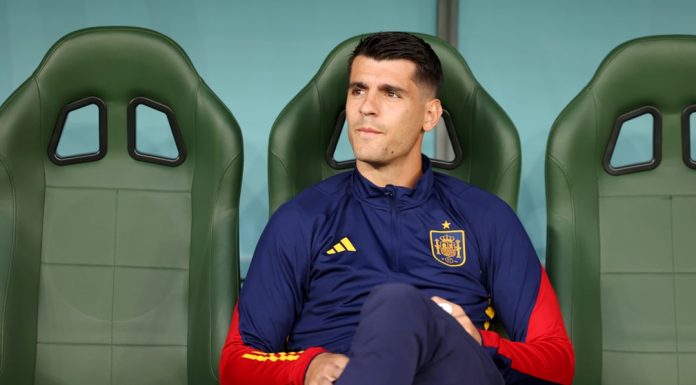 Spain’s top scorer Alvaro Morata dropped to the bench against Morocco in their World Cup last-16 clash on Tuesday while Marcos Llorente starts at right-back as part of five changes.

Luis Enrique did not select Morata, who has netted three goals at the tournament, picking an almost identical side to that which started Spain’s first two games, against Costa Rica and Germany.

The coach made five changes from the line-up he picked in their shock defeat by Japan which saw them finish second in Group E.

Atletico Madrid midfielder Llorente starts on the right of the defence, where the coach has tried Dani Carvajal and Cesar Azpilicueta already.

The Barcelona midfield trio of Sergio Busquets, Pedri and Gavi is maintained, while Marco Asensio plays up front, flanked by Ferran Torres and Dani Olmo.

Morocco start with the same line-up that beat Canada in their last group match, except Selim Amallah plays in midfield ahead of Abdelhamid Sabiri.

Walid Regragui’s side have already equalled their best ever World Cup result, qualifying for the knockouts for only the second time in their history, with the first coming in 1986.

Starting line-ups in the World Cup last 16 match between Morocco and Spain at the Education City Stadium on Tuesday (kick off 1500 GMT):