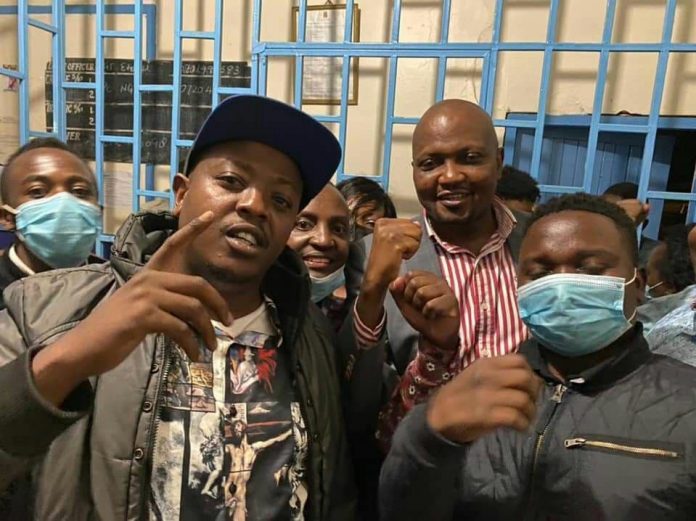 Gatundu South Member of Parliament Moses Kuria has been fined Ksh. 70,000 after pleading guilty to flouting Covid-19 restrictions when he was arraigned at the Kiambu Law Courts.

He was arrested in a night raid conducted on the evening of Monday, April 12, 2021 at a hotel where he was planning a meeting on the forth coming elections.

The controversial leader has been on the radar of police officers during the COVID-19 season.

A hotel associated with him is no stranger to police officers who have constantly arrested revellers partying against the government’s measures.