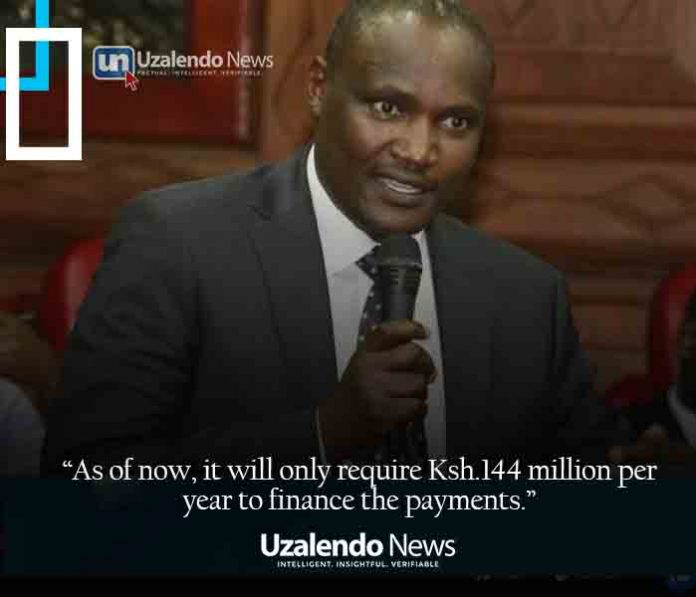 The Kenyan legislature is under sharp criticism by Kenyans, after drafting and passing a bill that will pay retired parliamentarians 100,000 pensions.

According to the bill, MPs who had served between 1984 and 2001 will now get at least Ksh.100,000 every month if President Uhuru Kenyatta will ascend to the amendments made to the Parliamentary Pensions Act.

Kenyans took a jab at Minority Leader John Mbadi who raised the motion to cushion former MPs who he says have been earning ‘peanuts’ as a pension.

Nelson Havi, the current president of the Law Society of Kenya, agitated for the dissolving of parliament, accusing them of gross misconduct.

“You have all seen what is happening to your public funds. I have heard your elaborate concerns on the plunder of Covid-19 funds, the hefty pension and other parks for the Unruly Ruling Class. The solution is to dissolve Parliament and renegotiate the social contract.” said Havi.

Badi, while defending his argument, said that the move will only require Ksh.144 million per year to finance the payments to former MPs.

Aden duale warned that the Bill could cause victimization of parliament, saying they are already not in good books with the public.

Duale also warned other civil servants could start a clamour for increase of their pensions after the MPs passed the Bill.

Here were some of the responses to the bill.

Omar – Kenyans..what will it take for us to say enough is enough, take to the streets and force change? Our complacency and meekness is killing us!

READ  Why elite Recce officers in Sudi saga must be sacked

Agabus — Whatever stupidity that goes on in this parliament, only a miracle can save us from their greed, at time when the country is facing massive debts, joblessness and food insecurity, some idiots are seated in parliament passing bills that would gsboir them should voters retire them.

Mstahimilivu — You can be a doctor and at the frontline bt when u retire there’s nothing like 100k. Morocco is compensating families affected by corona nd our mps are busy approving bills for their wellbeing.

Vicky — When it comes to politicians and their allowances, pension or salary increment there’s money but when it comes to teachers, nurses, doctors, lecturers, etc there is no money. What they have stolen isn’t enough, they still want pension of 100k

Grand Tichi — This mpigs are straight up heading to the deepest hell that their is. Mwalimu earning 30k with family then utoe 7.5%? Daktari need major support sahi and you guys are betraying them. Dunia duara.

Ashton — Elective politics are not pensionable employment Is it too hard to grasp Its like saying contract ikiisha use unapewa kakitu To celebrate and reward what!!! Thuggery, ineptness and impunity.

Suguta — The political greed of a 3rd world country called Kenya. We are about to get at a tipping point and things will explode for heavenly sake. I’m just watching.