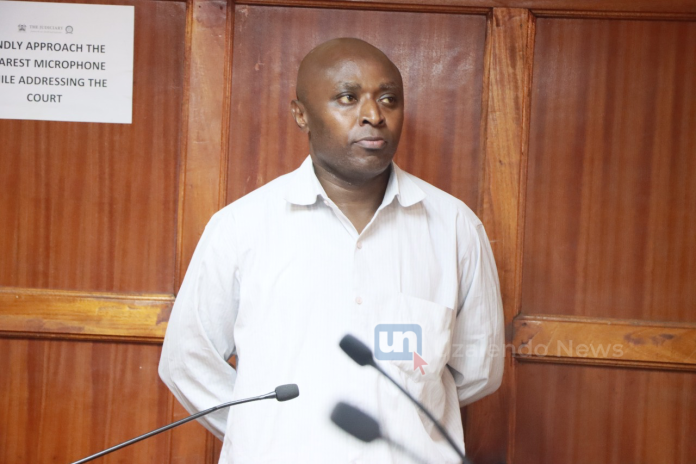 James Mugo Ndichu-alias-Mugo wa Wairimu has been sentenced to a total of 30 years for the offences of operating an illegal medical facility and administering unknown drugs to a woman patient.

Milimani Chief Magistrate Wendy Micheni said that although Mugo in his mitigation was remorseful and wanted to serve humanity, he chose to be a threat to society.

As a consequence, the magistrate handed down the harsh sentence to Mugo who currently serving another custodial sentence of 11 years for carrying out an illegal clinic in the Kayole area.

Therefore, in the 10 counts, Mugo was found guilty last Thursday and he will serve 30 years.

“I, therefore, order that in count two where Mugo was convicted for sedating a woman who he sexually assaulted, he is sentenced to 25 years but since he has served three years in remand, he will serve 22 years without an option of a fine, ” said Kagendo.

In the two offences of unlawfully operating a business of a pharmacist without a license, he was sentenced to serve six months each in prison.

In the offence of illegally stocking and using in his Prestige Health Care in Githurai 44 unvalidated laboratory reagents namely Allumin assay kit, Diagnostic sensitivity discs, HCG strips, Diagnostic kit for HIV (1 and 2) antibody, Salmonella antigen rapid test device, Antistreptolysin “O”(ASO)latex kit among others he has sentenced to serve one year.

The other six offences of operating a medical laboratory without registration, and practising as an unregistered and unlicensed person he has been sentenced to one year each.

The sentence comes after he was convicted last week by the court after finding that the Prosecution had proved beyond reasonable doubt that he committed the offences.

He was charged with raping a patient without her consent at Prestige Health care clinic in Githurai 44, Nairobi where he was alleged to be a doctor at the material time.

He was also charged with administering four tablets of the unknown drugs to his patient with intention of overpowering her so as to engage in sexual activity with her.

Upon analysis of the evidence tabled in court by the prosecution, the learned Chief magistrate, Micheni Wendy ruled that the offence of rape was not proved beyond a reasonable doubt after DPP failed to prove the three main ingredients of rape.