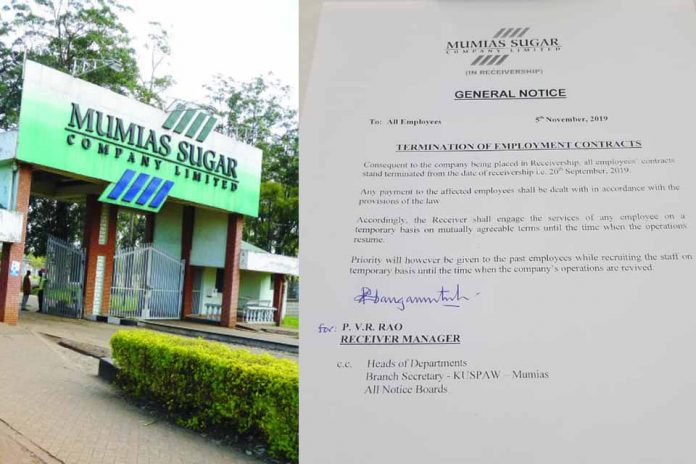 All staff working at the deteriorated Mumias Sugar company have been sacked.

In a move likely to ignite political backlash, the company has shed off its staff with the possibility of hiring them back on a temporary basis. In a letter doing rounds on social media, the ailing factory has announced it will give priority to previously employed staff when hiring its next workforce.

Over the past two months, over 5000 Kenyans have lost their jobs through mass retrenchments that has dragged major companies into court actions.

Mumias Company, which was placed under recievership, will have its operations supervised by Kenya Commercial Bank after failing to pay its debts running into millions of shillings.