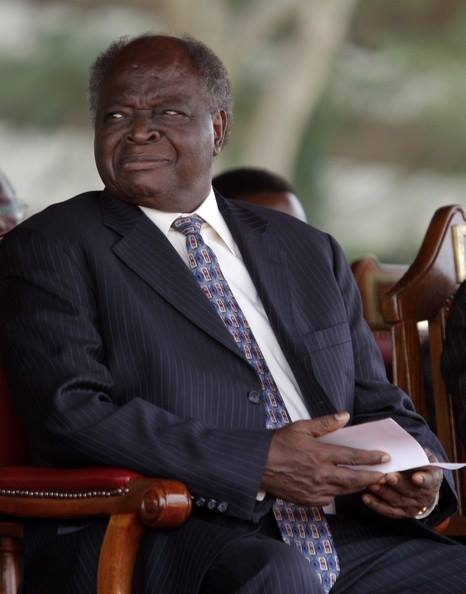 It has now been revealed that Kenya’s third president, the late Mwai Kibaki, left a will directing that all of his wealth be divided equally among his four children.

Kibaki wrote the will in 2016, just three years after he handed instruments of power to former President Uhuru Kenyatta.

The will, which was filed in court, stated that Judy Wanjiku, Jimmy Kibaki, Tony Githinji, and David Kagi would inherit their father’s fortune.

The will also stated that all of the money Kibaki had in various banks be divided equally among his children.

He however locked out any of their spouses from inheriting a portion of his wealth.

“Following my own death then any direct blood descendants of theirs (but not any spouse or life partner) shall receive their parent’s benefit, if more than one in equal shares,” quoted the will.

Following the publication of a gazette notice requesting that anyone opposing the directive on the will present themselves, two people have come forward claiming to be Kibaki’s son.

In court papers, JNL claims to be Kibaki’s eldest daughter.

JNL claims that she was born when her mother and Kibaki were students in London.

In her application before the family court, she argued that her consent was not sought before succession papers were filed at the court.

“The applicant being a daughter and beneficiary in the estate is very apprehensive that she stands to have all her inheritance rights under the constitution infringed upon unless she is supplied with all the relevant pleadings and supporting documents,” she explained in court papers.

Jacob Mwai who also claims to be Kibaki’s son wants to be included in the share of his wealth.

He argued that Kibaki had, initially, acknowledged him as being his biological offspring.

“That the Citor (Ocholla Mwai) has attempted to reach out to the Citees (Kibaki Children) multiple times but his efforts have not been successful.

“The Citor is afraid that the Citees might proceed with the succession process without involving him and he might be left out of the estate of the deceased despite him being entitled to the share of the estate,” a suit filed on his behalf reads.