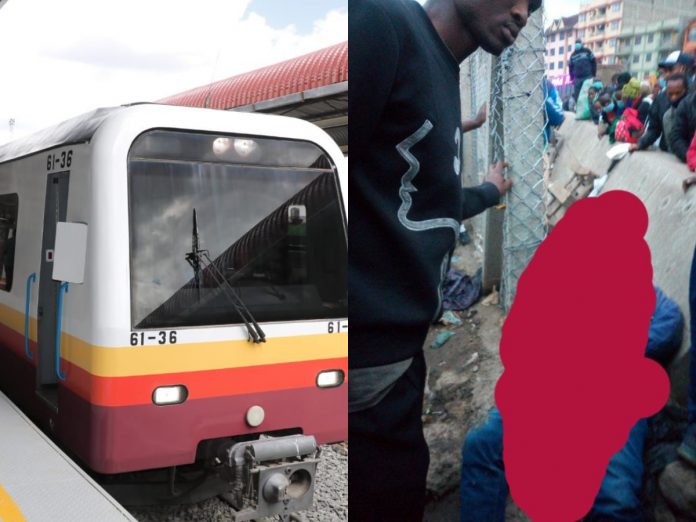 A motorcycle rider was this morning killed by a Diesel Multiple Unit train while attempting to cross the railway in Nairobi’s Embakasi estate.

According to witnesses who were at the scene, the rider endangered his life at the railway crossing point, despite orders by Kenya Railways authorities to stop for an oncoming train.

His bodaboda got stuck on the tracks and the rider got knocked down by the train while trying to manually steer it off the tracks.

Authorities have urged the riders and other road users to be patient while at the crossing, saying a slight hitch could end tragic if they don’t follow the authorities.

In an effort to bar other road users from irregularly accessing the train tracks, Kenya Railways has mounted parallel fences at populous areas and have designated crossing points to avoid disaster.