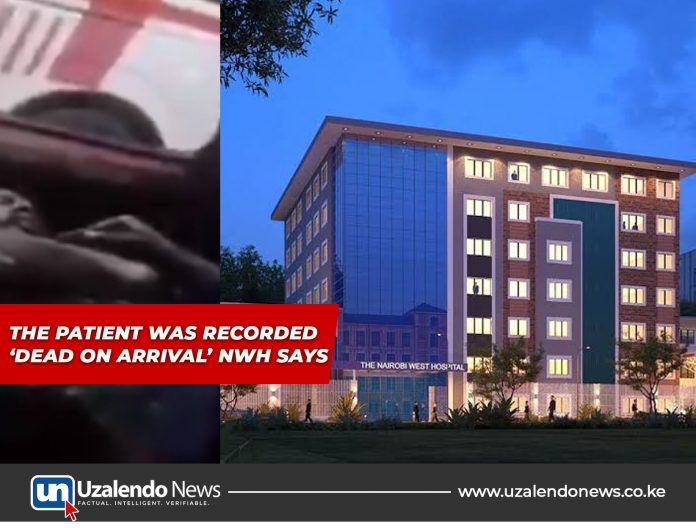 The Nairobi West Hospital has come out to recuse itself from blame, after man was allegedly turned away for bringing in a dead patient. – By Gerald Gekara.

The hospital management said the patient had been recieved as Dead on Arrival, despite the participants in the video claiming the man was only unconcious.

“We take all incidents of this nature very seriously and following thorough internal investigations, including the review of the processes to confirm the actual events, it transpired, that the patient had been received into the Accident & Emergency area as Dead on Arrival (DoA) and it was further found that there was no negligence on the part of the hospital in any manner.”

The management further sent their condolences to the family, promising scrutiny of processes to determine what really happened.

“We sympathise with the family, friends and those associated with the patient and are continuing to offer our full support including through counseling, as they try to come to terms with this sudden loss.”

According to the video recorder, the hospital management had allegedly refused to admit the patient.

The man in the video repeatedly admits his patient is alive and his body is warm, despite the doctors telling him he was already dead.