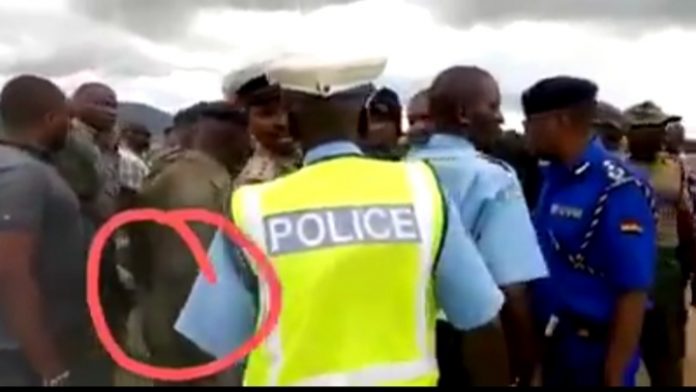 National Police Service has refuted claims that a police officer pick-pocketed his senior during the arrest of Governor Mike Sonko in Voi.

In a video that was going rounds on social media showed the Officer putting his hands in the pocket of the senior police officer who did not notice because of the commotion experienced during the arrest.

Well, the National police Service says the whole video is a misrepresentation of facts and untrue.

In a tweet the body said the senior police officer has confirmed that he was not pick-pocketed and the officer seen doing the act is disciplined and of high integrity.

Many social media users judged the act saying there was no way the officer could have noticed the theft because the cash was not his in the first place and may have as well been proceeds of crime from a road block.