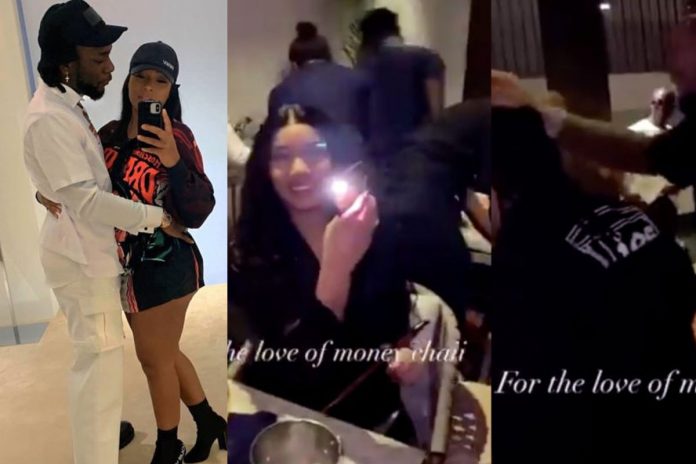 Nigerian superstar and his UK sweetheart Steflon Don has people on social media questioning their actions after a video of them in a restaurant went viral. – By Stephanie Mwangi.

She captioned on the video “for the love of money chaii!”

There is nothing wrong with throwing the money since it shows a good gesture  but them throwing and recording the video is what upset most people .

In the past while Burna was attending a show he is seen telling a fan to leave the show and go and leave the space for true fans he refunded the man the ticket because the guy was just standing and not signing along.

The two have had a recent issue of Burna Boy being accused of cheating on Steflon Don with Jo Pearl who claimed they had been together for two years.

Some went ahead to suggest that they would have just given it to them by hand. And here is what some people had to say;

@ikelecs: most celebrities are really fucked up and they don’t give to people when they do they make you fight for it and then laugh at you

@pan African: this is a nasty move why not give them by hand

@SQ it is so disregarding and embarrassing and it was not necessary flaunt your wealth without making people feel beneath you.

@pripretty: not Burna throwing money at people in Ghana and Steff laughing like its funny clowns