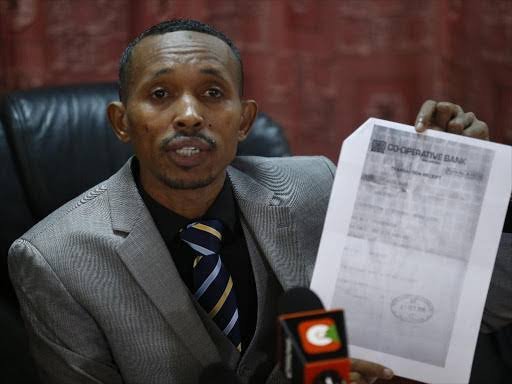 Mohammed Ali Nyali Member of Parliament has won a defamation law suit against the Radio Africa group. – By Stephanie Mwangi.

The verdict, delivered by Magistrate Gitonga, said The Star Newspaper had misinterpreted the facts in a story which was carried on their March 10th 2018 edition.

The story claimed that Moha was involved in money misappropriation of money from the constituency development fund kitty.

The author of the article denied the allegation and he said that the article had no intent of harming anyone either in their natural or ordinary way.

The magistrate ruled out that the publication issued a correction and also sought clarification from Moha but ordered them to pay for the damages caused by the initial publication.

“The plaintiff was ordered the right of reply and a clarification was published on May 11th and 12th 2019  which sought to make clarification  and directly apologize to the plaintiff and taking into consideration  the provisions  under section  16A  of the defamation act Cap 36 of the laws of Kenya  I award the plaintiff a sum of 1 million Kenya shillings for the damages caused.”

The defendants were also asked to pay for the legal fees.

Mohammed Ali challenged aspiring reporters to check their stories before releasing them to the media.