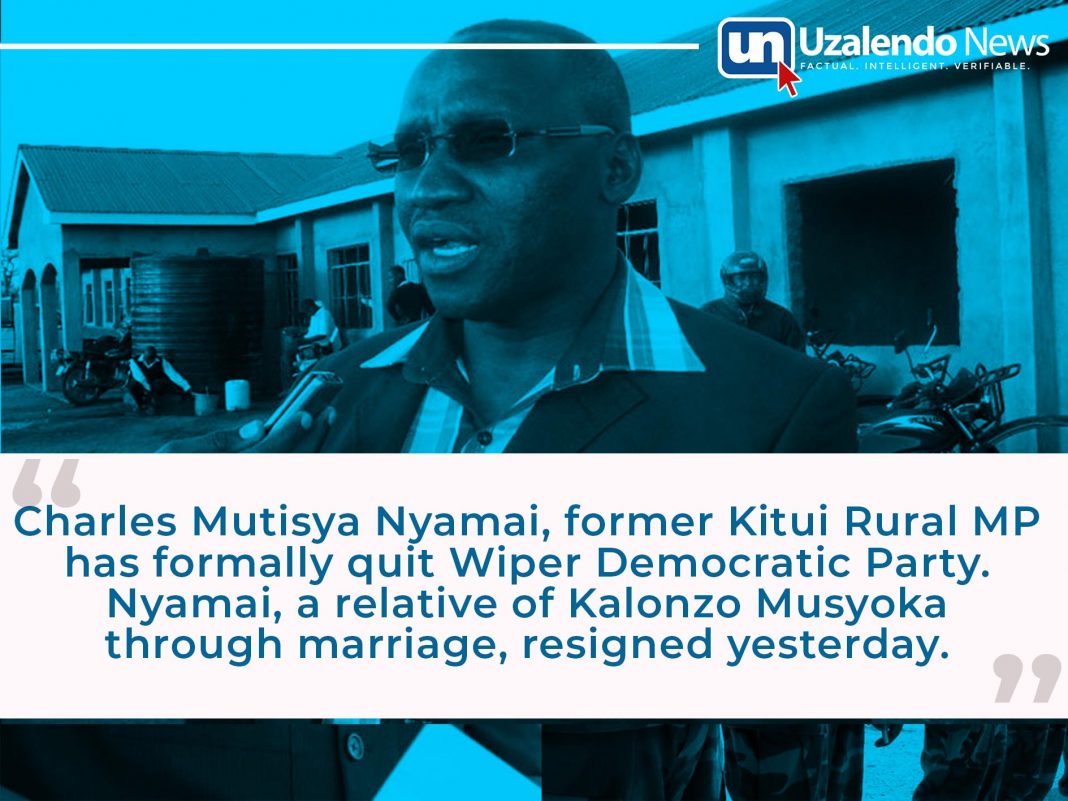 Nyamai, a relative of Kalonzo Musyoka through marriage, resigned yesterday. He is a close ally of DP William Ruto, who is the unofficial leader of the hustler movement.

However, the duo would split in an ugly exchange. Word is, Ngilu is said to have bankrolled Nyamai’s opponents in 2017.
This made him lose his seat in a hotly contested election to Mwalika.
Nyamai is a Certified public accountant and an experienced auditor. He has taken to social media to stage a political comeback.