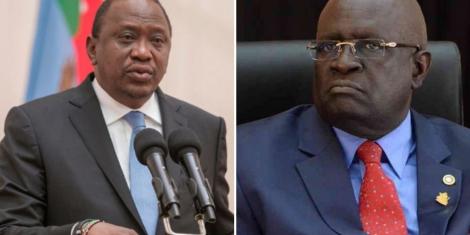 All primary school pupils will automatically transition to lower secondary school under the new 2-6-3-3-3 system of education.
Addressing delegates at the third national education conference organized by the Ministry of Education at the Kenyatta International Convention Centre on Friday, President Uhuru Kenyatta clarified that pupils will not be required to sit any national examination at grade 6.

The Head of State said upon completing grade 6, all pupils will transition to grades 7, 8 and 9, which will now comprise lower secondary school, and will be housed in existing secondary schools.
“Recommendations from the new curriculum task force recommended that the learners in Grade Six should not sit the national examinations allowing a 100 percent transition to lower secondary,” the President told delegates at the conference, where the Kenya National Union of Teachers was incidentally, not represented.

The task force was set up earlier this year by Education Cabinet Secretary George Magoha to help address outstanding issues surrounding the implementation of the new competency-based curriculum (CBC). Teachers Service Commission CEO Nancy Macharia announced that more than 100,000 teachers for Grade One to Three had so far been trained.

The President called on all Kenyans to support the rollout of the new curriculum. Under the new curriculum which is replacing the 8-4-4 system that has been in place since 1985, primary and secondary schools will each have six classes. The 2-6-3-3-3, unlike the 8-4-4 system, does not lay emphasis on examinations but is instead almost entirely skills-based. It was piloted this year between May and September across 470 schools, 10 in each county.