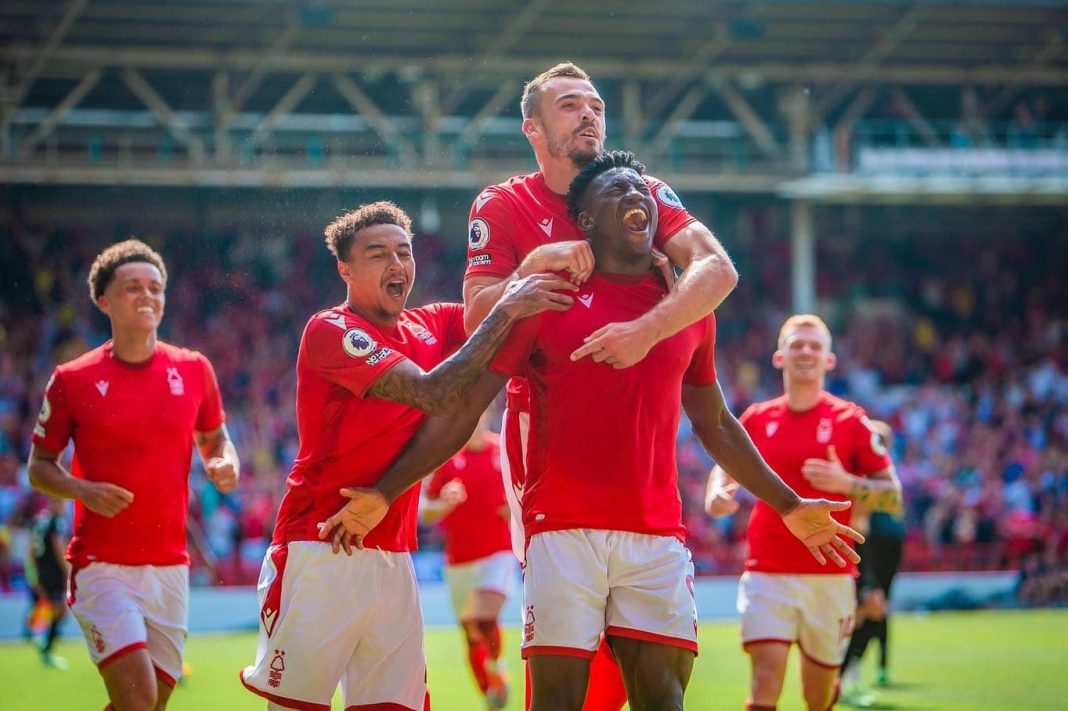 Nottingham Forest secured a famous win as Taiwo Awoniyi scored the only goal to beat West Ham as Premier League football returned to the City Ground after a 23-year absence.

Awoniyi, Forest’s £17m record signing this summer, applied the first-time finish after Jesse Lingard’s effort had been deflected into his path off Hammers defender Ben Johnson.

Goalkeeper Dean Henderson was Forest’s other hero, denying Declan Rice with a second-half penalty save.

Spurred on by a frenzied home crowd, Forest started on the front foot and had enough to keep West Ham at bay even after their energetic early efforts started to slow.