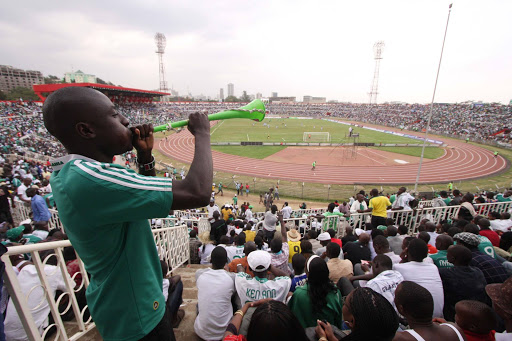 By the time Mzee Jomo Kenyatta died, Nairobi had only one standard stadium. City Stadium.

Former President Daniel Moi took it upon himself to make Kenya a sporting giant. That could only be done with the construction of more sporting facilities.

“Moi’s vision was to see Kenya become a sporting superpower in the world,” former Cabinet minister Henry Kosgei once said.

It was only in 1983, when Moi commenced the construction of Nyayo Stadium.

The 30,000 capacity field became a benchmark stadium and was a dedicated multipurpose facility, conveniently located in the city center.

When Kenya won the hosting rights, President Moi came up with a plan to build a sporting complex. “I want to see Kenya hosting bigger events.

“The All Africa games is a clear testimony of my government’s mission to make Kenya a sporting superpower,” said Moi at the opening ceremony of the Pan African games on August 1, 1987.

The Moi International Sports Centre Kasarani was constructed in 1987 in partnership with the Chinese Government.

“I am a product of competitions at Nyayo and Kasarani stadiums,” said Paul Tergat, former marathon record holder and now president of the National Olympic Committee of Kenya (Nock).

“I doubt if we would be at this level in our sports if we did not have these facilities. The greatest Kenyan Olympians have been nurtured at Kasarani,” said Tergat.