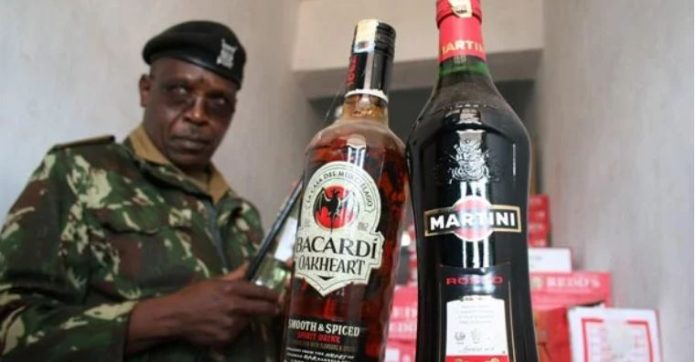 A man in Nyeri county will spend 1 year, 3 months after he was found drinking with a minor.

Dickson Githoi Muchemi, was charged with two counts of failing to protect a minor from illegal drugs and drinks and supplying alcohol to a minor.

According to local witness, a cleaner, Dickson entered Mr Nice Bar and Restaurant in Chaka trading centre, Nyeri and booked a room before heading out. She later spotted the suspect with an unidentified minor, 15, who was already drinking popular Guarana drink.

It was then that she alerted the local Assistant Chief, who moved quickly to arrest Dickson. During the scuffle, Dickson was allegedly pleading with the bar attendants to hide the school girl.

”According to the witnesses, the accused pleaded with bar attendants to hide the girl at their place of residence behind the bar after finding out that police had been notified, which showed the admission of guilt,” Ms Kariuki said in her ruling.

Mr. Dickson claimed he had been travelling back to Nyeri from Nairobi and stopped at Chaka for a beer, when three women walked into the bar, one of whom he knew as a neighbour.

“I gave the woman some sweet potatoes that I had bought on my way to Nyeri to take home and bought her a soda,” Mr Muchemi explained.