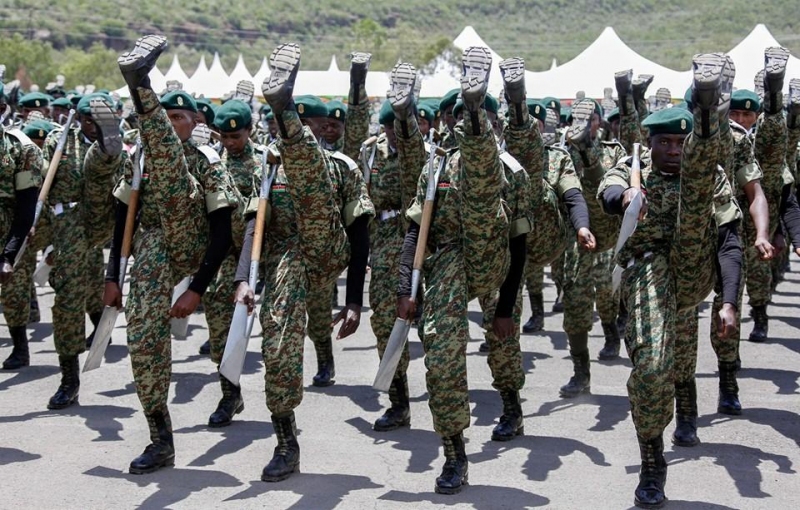 The National Youth Service (NYS) has launched a nationwide recruitment campaign for servicemen and women.

On Tuesday, August 16, the service announced that it is looking for both male and female volunteers to join the NYS program in an advertisement in local dailies.

The exercise will begin on Monday, August 29, and will conclude on Saturday, September 3.

“The Kenya National Youth Service wishes to announce to the general public that there will be a recruitment exercise of NYS Volunteers (male and female) throughout the Republic from Monday, 29th August to Saturday, 3 September 2022 as per the below requirements and dates schedule,” read part of the notice.

All applicants must be between the ages of 18 and 24 and have a valid Kenyan identification card.

Candidates must also be Kenyan citizens and residents of the sub-county in which they apply.

Applicants must also have a minimum KCSE grade of D (plain) and relevant certificates such as a Certificate of Good Conduct and Academic Certificates.

Applicants must be willing to undergo a medical examination both during and after the recruitment process.

Aside from rigorous physical training, they must be willing to volunteer for the nation in any part of the Republic of Kenya.

The successful candidates will be required to report for the NYS paramilitary training course at NYS College, Gilgil and NYSTTI Naivasha on the dates and times specified in their respective calling letters.

All prospective candidates wishing to be enlisted in the service, are advised to check out the recruitment dates of their sub-county and the recruitment centres on the NYS official website. www.nys.go.ke.