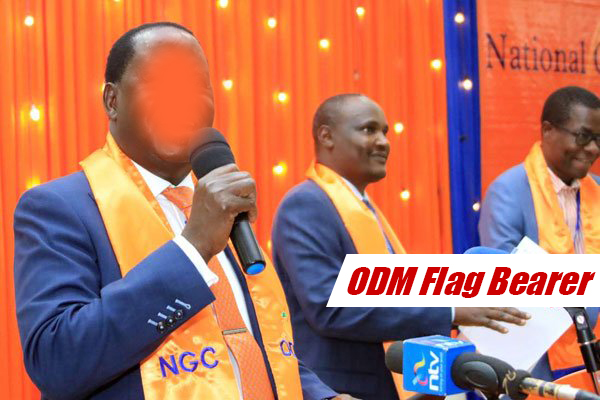 The Orange Democratic Movement (ODM) has stated it will unveil its presidential candidate before the end of the week. – By Gerald Gekara.

According to a statement by ODM Secretary General Edwin Sifuna said the party is carrying out serious scrutiny over who will fly the 2022 campaign for the party.

He however warned of speculation that Raila Odinga would take the party to State House, saying the narrative is bad for aspiring candidates.

ODM Vice chairman Ali Hassan Joho has beckoned party leader Raila Odinga to sponsor his bid for the presidency, insisting the time is ripe for a president from the coast region.

Other leaders affiliated to ODM who have hinted at taking a sling at the presidency include Kilifi Governor Amason Kingi and Kakamega governor Wycliffe Oparanya.

The preferred candidate will square out with Deputy President William Ruto, who has cnstantly taunted ODM to unveil his competitor.