One Kenya Alliance Undecided On 2022 Candidate 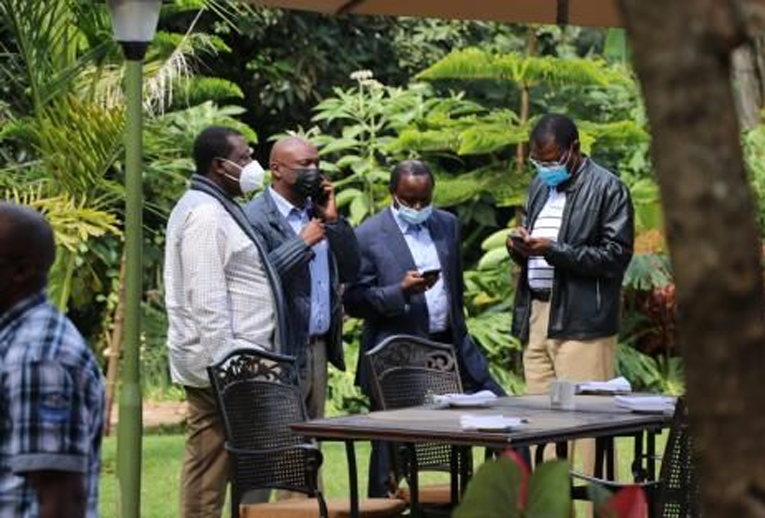 The One Kenya Alliance had a day-long conference to try to come up with a mechanism for selecting its presidential candidate ahead of the 2022 general election.

Gideon Moi, the head of the KANU Party, Moses Wetangula, the leader of the Ford Kenya Party, Kalonzo Musyoka, and the leader of the Wiper Party, Musalia Mudavadi, have failed to agree on a matrix to choose their presidential flag bearer.

According to insider sources, the sensitive topic was put on hold because the One Kenya Alliance is still in its early stages.

A portion of the team pushed for seniority in the pecking order to arrive at the One Kenya Alliance flagbearer, according to sources close to the boardroom meeting.

While doing so, a window of opportunity for a prospective interaction with Raila Odinga, the leader of the Orange Party, remains open.

While One Kenya Aliance buys time, Deputy President William Ruto continues his assault and campaigns across Kenya as the most popular presidential contender.

The leaders have decided to make their split from the National Super Alliance official (NASA).

According to insiders, three of the four NASA parties, namely Ford Kenya, the African National Congress, and Wiper, have resolved to write to the registrar of political parties to withdraw from NASA, causing the organization’s demise.