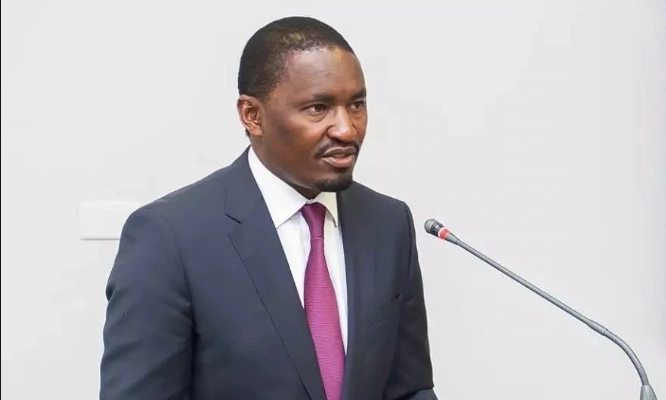 “If you see any insect that you suspect could be a locust, take a picture
and post on social media so we can confirm for you what insect it really is,”.
And those were his last words before the former Agriculture Cabinet Secretary
Mwangi Kiunjuri was shown the door on January 14.- By Enock Mukoma

The fierce Ruto gun in Mount Kenya seems to be gathering his feet together
after reports hinted that Kiunjuri will be unveiling his new political outfit.

Prior to his sacking, the Agriculture CS was high on political energy, trooping
the Mount Kenya region alongside Deputy President William Ruto, and other
‘tanga tanga’ (now christened Jubilee Asili) members.

Turning a deaf ear, Kiunjuri trooped on until a real challenge was presented
before his ministry. The Locust Menace.

The migrating desert storms chummed up huge tracts of land in the country
before the ministry could deliberate on a way to ‘formulate a plan’. This is
despite an earlier warning that the locusts had been seen migrating into Africa
from Yemen.

As Kenyans bayed for action to poor farmers who lost huge crops from the
devastating insects, Kiunjuri had one simple job. To eliminate the menace for a
chance to redeem his reputation. And he blew it.

The Former Agriculture CS who had projected himself as a possible Ruto
running mate come 2022, went silent.

This is despite his declaration that “he was going nowhere” following his
sacking late last year, vowing to take his time to now focus on politics.

Fast forward to the Coronavirus politics, the error of political
readjustments and massacres, the man from the mountain resurfaces in a new
outfit. The Service Party.

The Service Party was reportedly given a certificate of registration after
meeting all the requirements. According to insiders in the Mount Kenya region,
Kiunjuri registered the party in January, seeking to benefit from a predicted
collapse of the Jubilee party.

The party is among a series of political parties that have been formed by a
section of Mount Kenya leaders. They include; Transformation National Alliance
Party (TNAP) allegedly associated to Gatundu South MP Moses Kuria and the Civic
Renewal Party (CRP) led by Murang’a Governor Mwangi wa Iria.