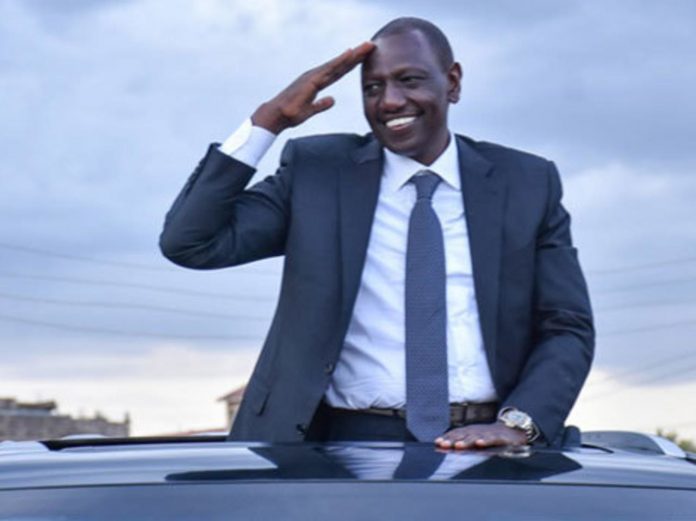 Deputy president William Ruto pulled another shot that keeps him away from the government in the ongoing Covid -19 graft that has raised uproar and anger among Kenyans.

In a tweet Ruto seemed to imply of playing a spectator role,

He tweeted, “At least for once it won’t be possible to be blamed for what someone said started in Wuhan as a virus, landed in Italy as a pandemic and now in Kenya as a multi-billion-shilling corruption enterprise. Let me continue as a spectator. It’s ok,”

The political romance between Deputy president and president could as well be headed for a divorce if the latest utterances by Ruto is anything to go by.

Just recently he tweeted to condemn the government over arrest of 3 senators “The abuse of police and criminal justice to bully citizens, threaten and intimidate leaders and now blackmail senate is wrong. Very wrong. It’s not the reason millions woke up early to vote for us,”, Ruto said in a statement

He has had to bear with the corruption tag in the jubilee administration something that he is keen to neutralize with the spectator move as the clock ticks towards 2022.

Famous Arror and Kimwarer dam scandal that led to his ally’s finance CS Henry Rotich being fired. The Weston hotel land saga among many others.

The drafting of post-election coalition between the jubilee party and his backyard nemesis Gideon Mois’ KANU has pushed Ruto even father outside the government as Uhuru seems to favor Moi.

In addition, the growing presence of Super CS Dr Fred Matiang’i has further reduced Ruto to a spectator with the CS being trusted with key roles in government including cabinet supervision and chairing of inter cabinet committees.

However, his allies have lost key positions even both the National assembly and the senate, in a move that could as well be seen to curtail his influence.

Further Kindiki kithure lost his position as the Deputy speaker, and further purge to Ruto allys saw the reorganization of house committees where they lost to uhurus friendly handshake and coalition partners.

Sources have it that more Ruto allies could be forced out of the cabinet in the looming changes anticipated.