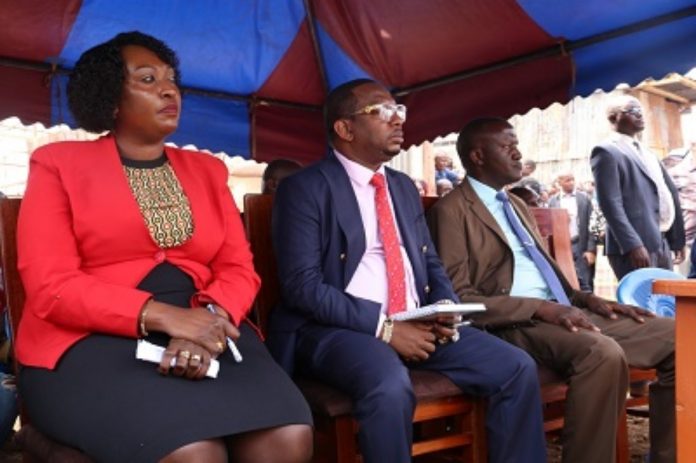 A civilian has given a notice to withdraw a case against Nairobi governor Mike Sonko’s nominee Ann Kananu for the position of the Deputy Governor. – By Gerald Gekara.

The crucial ruling has sent shockwaves inside political camps who had geared for the February 18 race to replace Mr. Sonko.

The flamboyant politician was forced to nominate Ms. Ann Kananu, who had worked at the Disaster Management and Coordination Section, to the position of Deputy Governor on January 6, 2019.

However, one Peter Odhiambo Agoro petitioned the decision, successfully stopping Ms. Anne Kananu’s vetting process. His reasons? Sonko had violated court orders by making the nomination, since he had been barred from accessing office.

The move that sprinkles pepper in politicians eyes, has been seen as a ploy to stop the Nairobi gubernatorial by-election from the so called ‘BBI Reality’.

Following a damning letter to President Uhuru Kenyatta, Senator Irungu Kang’ata outlined a hypothetical loss to the tangatanga side who oppose the Building Bridges Initiative (BBI).

The document has elicited sharp criticism and arguments, with some pointing to Nairobi by-election, among other elections as litmus tests for the fate of the Raila- Uhuru led camp.

ODM and Jubilee faction allied to the President have jointly decided to field one candidate, with the Tangatanga side confiding in the newly formed party UDA.

While Sonko still enjoys heavy support in Nairobi, his new affiliation to Deputy President William Ruto may sway the election in Ruto’s favour, if indeed there will be a contest.