..
Home Politics Who Is Fooling Who: Sadjah Summoned Over Suspected Arson 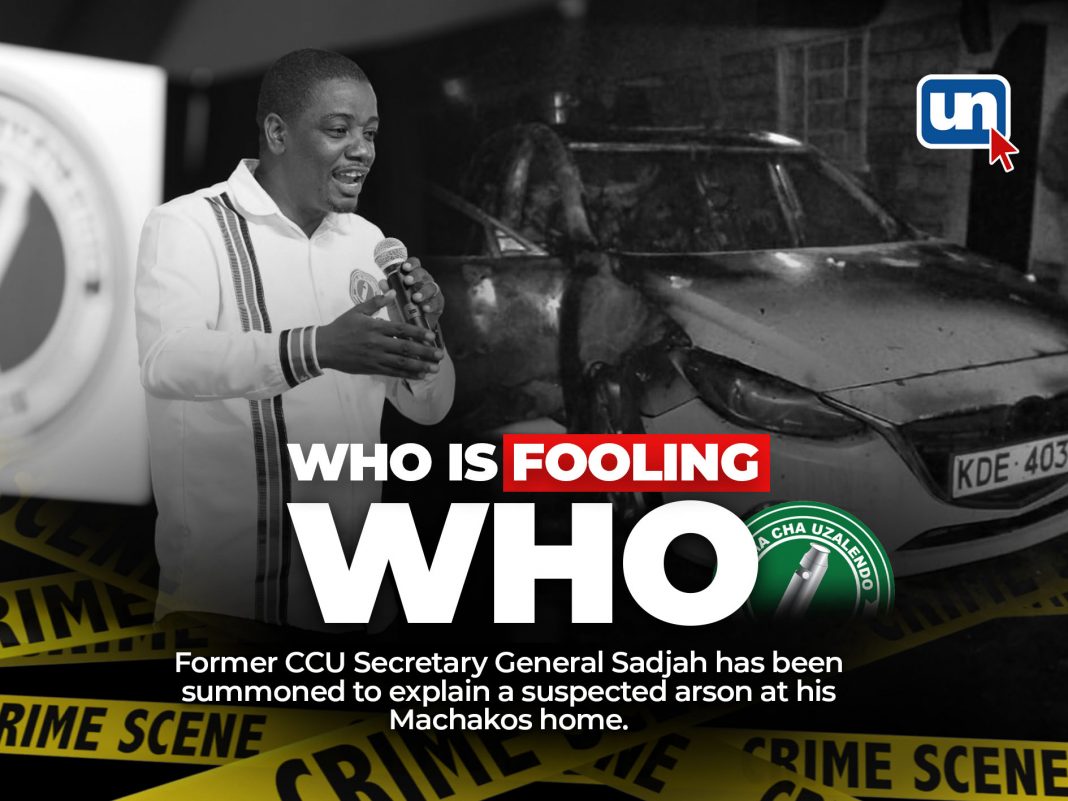 Sadjah, who defected to Wavinya Ndeti secretariat against his own Party leader Nzioka Waita has been asked to report to the serious crime office.

Sadjah has been a Wavinya close ally since their days in CCU, but they fell out after Wavinya abandoned CCU for Wiper.

DCI detectives have analyzed satellite pictures In Machakos and are following key clues to nail the perpetrators.

Police are not ruling out a possibility of an inside job by Sadjah to whip political emotions.

Sadjah reported the attack to Wavinya before belatedly reporting the same to police nearly 24-hours later.