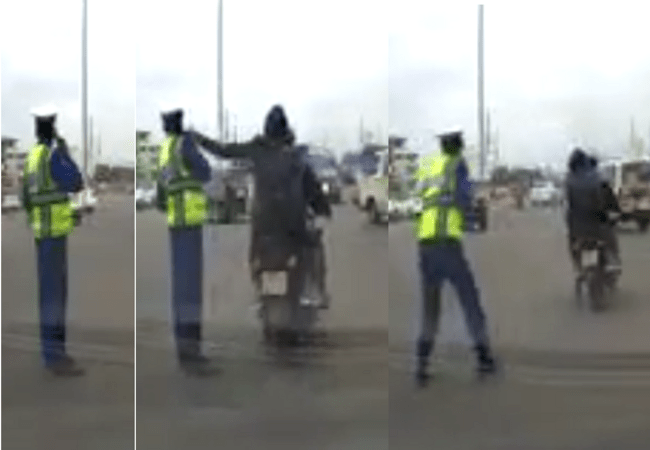 A video clip of daring motorcycle robbers grabbing a traffic cop’s phone in broad daylight has aroused controversy among Netizens.

The event happened on Tuesday, July 6, at 5 p.m., according to the footage.

The video, part of a dashcam footage, showed the police manning the busy Thika Road at the roudabout near TRM, Roysambu.

He is seen talking on phone, before being approached by three criminals on a motorcycle.

Before rushing away, one of the robbers hastily snatches the phone from the cop.

The incident comes shortly after the police department launched a special unit to curb the rising cases of theft and other crimes within Nairobi county.