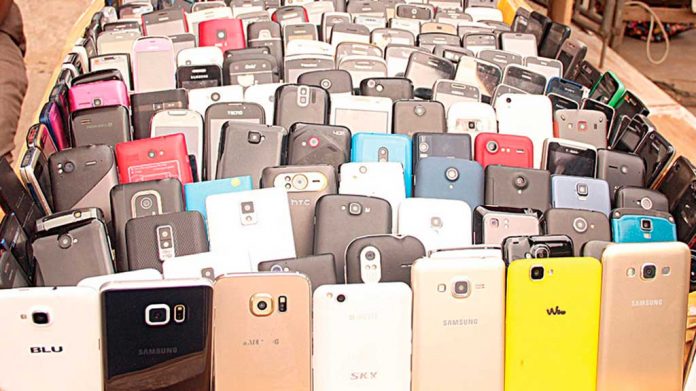 An ex-police officer believed to be behind the mysterious disappearances of mobile phone exhibits from DCI Ruiru was arraigned today.

The suspect, Moses Omondi Gangre and his alleged girlfriend will remain in police custody for two days to pave way for completion of investigations.

Their arrest followed investigations launched to establish how exhibits in several active criminal cases went missing while in police custody.

Forensic analysis led officers to a supermarket next to Nairobi’s GSU Drive-in camp, where the 30-year-old female suspect was nabbed.

She was in possession of a Nokia smartphone, an exhibit in a criminal case pending before a Thika court. Upon interrogations, she alleged to have been given the phone as a present by her boyfriend, an officer previously stationed at DCI Ruiru.

Detectives launched a manhunt for the ex-police officer, who was recently dismissed from service on grounds of gross misconduct, and who has a pending criminal case at Kitui Law Courts.

He waS arrested at Tatu City in Kiambu County.