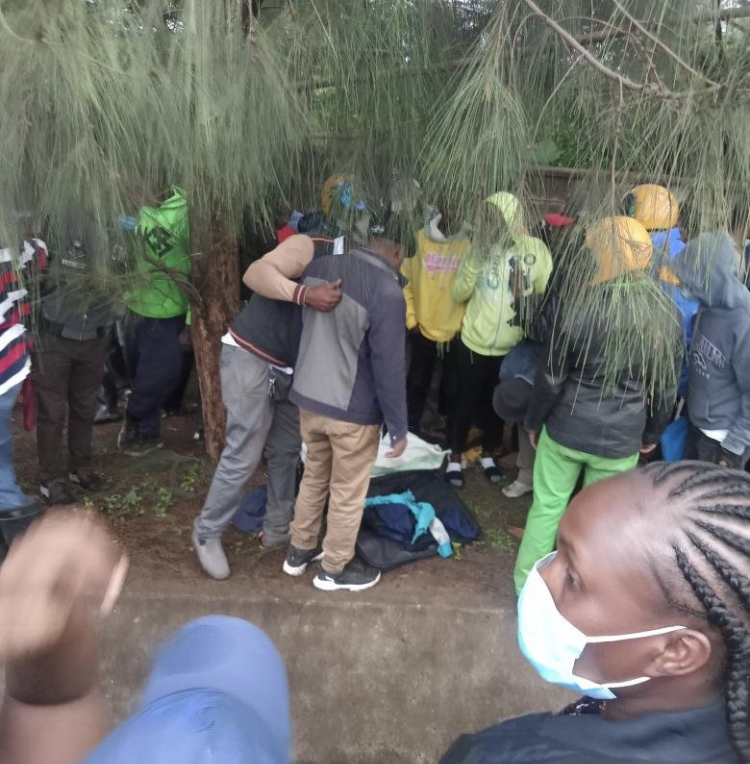 Mysterious murder of Esther Wambui, an 18-year-old waitress who was discovered in a suitcase outside a GSU Recce camp has taken a new twist.

Detectives investigating the case believe the woman was accosted by her assailants, who raped her before killing her.

The legs were tied with a rope, and the wrists were tied behind their backs, while her left breasts was removed, according to police and witnesses.

Ruiru Head of DCI Justus Ombati said that contrary to earlier statements indicating she was part of a love triangle, evidence suggests the woman may have been kidnapped by assailants.

Esther Wambui is believed to have been attacked by unknown people as she walked to work.

Police say her boyfriend had escorted her to a junction approximately a kilometer from her office on the day she died. Joseph Ngige informed police that he works at a neighborhood gas station and that he had escorted and bade her girlfriend.

Wambui, he claimed, did not have a cellphone. They were both from Nakuru and lived in a one-room house in Ruiru Township.

He informed the cops that he had no idea why his girlfriend was brutally murdered, calling for speedy investigations into the murder.

The family was transported to the Juja police station and then to the mortuary, where they were able to identify the deceased.