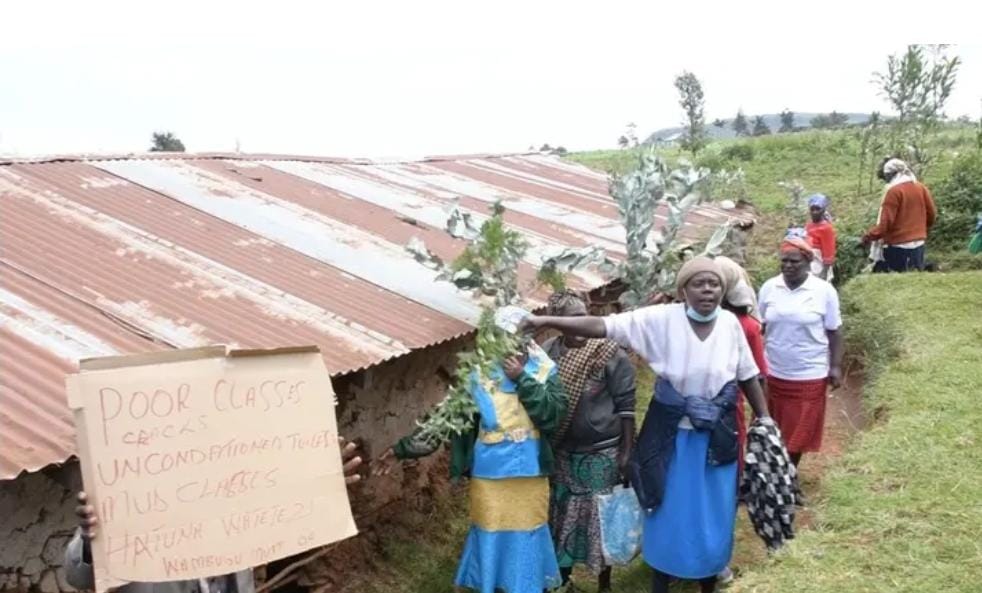 Over 100 parents stormed Milimani Primary School in the Gilgil sub-county on Monday afternoon and demanded the transfer of the headmaster and all the teachers.

They claimed three teachers often reported to duty drunk, which had contributed to the deteriorating performance.

The parents then held a peaceful demonstration at a nearby trading center and called on area education officers to listen to their grievances.

Margaret Wambui, a parent, accused the teachers of ignoring the deterioration of facilities and expressed fears that filled up pit latrines and leaning mud-walled classrooms were exposing learners to huge dangers and health hazards.

“Learners sit on the floor due to the absence of desks while elements of weather torment our children due to gaping walls and leaking roofs,” charged Ms. Wambui

She claimed that representatives of parents of the school’s Board of Management did not have learners at the institution.