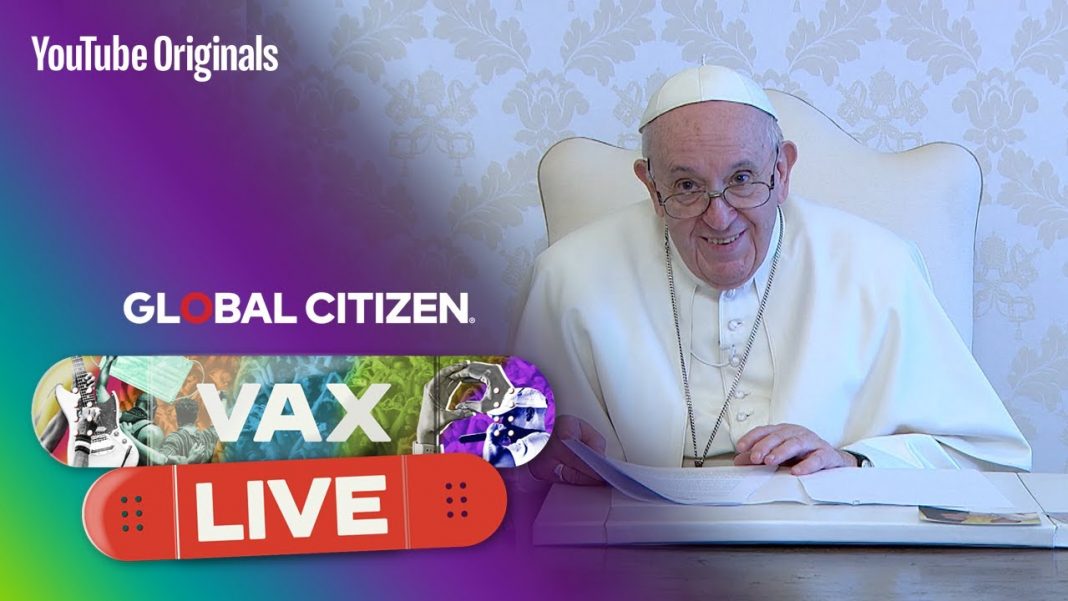 In a video message to the “Vax Live” concert co-chaired by Prince Harry and Meghan Markle, Pope Francis called for the “temporary waiver of intellectual property rights” for COVID-19 vaccinations.

“The coronavirus has produced death and suffering, affecting the lives of everyone, especially the most vulnerable,” Pope Francis said in his message to the concert, which will be broadcast on May 8.

“God the Creator instills in our hearts a new and generous spirit to abandon our individualisms and promote the common good: a spirit of justice that mobilizes us to ensure universal access to the vaccine and the temporary suspension of intellectual property rights; a spirit of communion that allows us to generate a different, more inclusive, fair and sustainable economic model,” he said.

President Joe Biden and First Lady Jill Biden also sent a video message to the Vax Live concert, in which the president said that the United States is “working with leaders around the world to share more vaccines.”

Pope Francis recorded his video message in Spanish. It was played on a large projection screen at the concert. The pope said: “Dear young people in age and spirit: Receive a cordial greeting from this old man, who does not dance or sing like you do, but who believes with you that injustice and evil are not invincible.”

At “Vax Live: The Concert to Reunite the World,” which was pre-taped on May 2 in Los Angeles, more than 20,000 vaccinated people packed a stadium.

Global Citizen, an activist group focusing on poverty reduction that was established in Australia in 2008, arranged the concert with sponsorship from Coca-Cola, Delta Airlines, Verizon, Citi, Cisco, and Procter & Gamble.