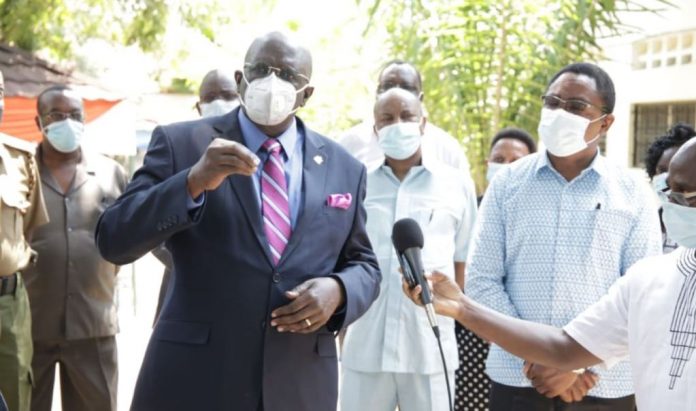 Education cabinet secretary has said that a stakeholders meeting will be held before 25th following presidential during his last address to the nation,

The meeting will be convened by Cs interior, cs health and council of governors. In the meeting where the education CS seeks to present his ministries advisory on reopening after touring learning institutions and consulting key stakeholders in the sector. The meet will seek to address the real situation on the covid- 19 that may blead to fully reopening the country.

Speaking to press after a meeting with education stakeholders, Magoha didn’t rule out a change of plan if the current infection rates will remain under 5% of the tested samples.

last week, there was increased lobbying fuelled by private school owners, seeking that the government reconsiders reopening dates. Following a significant drop in the number of confirmed coronavirus cases. With an average of about 150 cases weekly.

Other stakeholders including Knut, and other unions were doubtful of the level of preparedness to open schools.

January had been set for the reopening date, provided the worst of the Covid-19 pandemic has passed.

CS gave an assurance that money for the Board of Management (BOM) teachers and non-teaching staff in public schools are already disbursed and that the delay is occasioned by the normal cash flow issues in government.

CS Magoha fired at the media claiming that he had been portrayed as indecisive after changing his position on the reopening of schools., a position he denied.

Schools have also been directed to use the maintenance and improvement vote head received during this year’s First Term to improve facilities. Each institution received about Sh4,000 per student, and it has emerged that some schools have already had their projects approved to start.

Payment of Bom teachers and school subordinate staff should have been done as the money had been released.

South Sudan is the latest country to open its learning institutions after Tanzania in the Eastern Africa region.