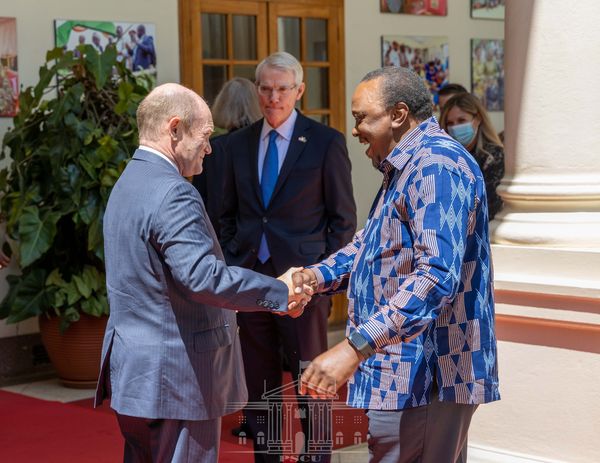 President Uhuru Kenyatta on Thursday met and held discussions with visiting US Senator Chris Coons who paid him a courtesy call at State House Nairobi.

Senator Coons, who is leading a congressional delegation of US Senate and House Representatives, commended President Kenyatta for ensuring peace and stability prevailed during the election period.

“We are encouraged by the peace Kenya has continued to experience during this period,” said Senator Coons.

On his part, President Kenyatta said Kenya will remain steadfast in entrenching the principles of good governance to ensure the country upholds its position of a shinning example of democracy in the continent by maintaining peace during this transition period.

“My greatest desire is that peace will prevail and we may set an example in the continent and the world,” President Kenyatta said.

Also present during the talks were Cabinet Secretaries Raychelle Omamo (Foreign Affairs) Betty Maina (Trade) and US Ambassador to Kenya Meg Whitman among others.