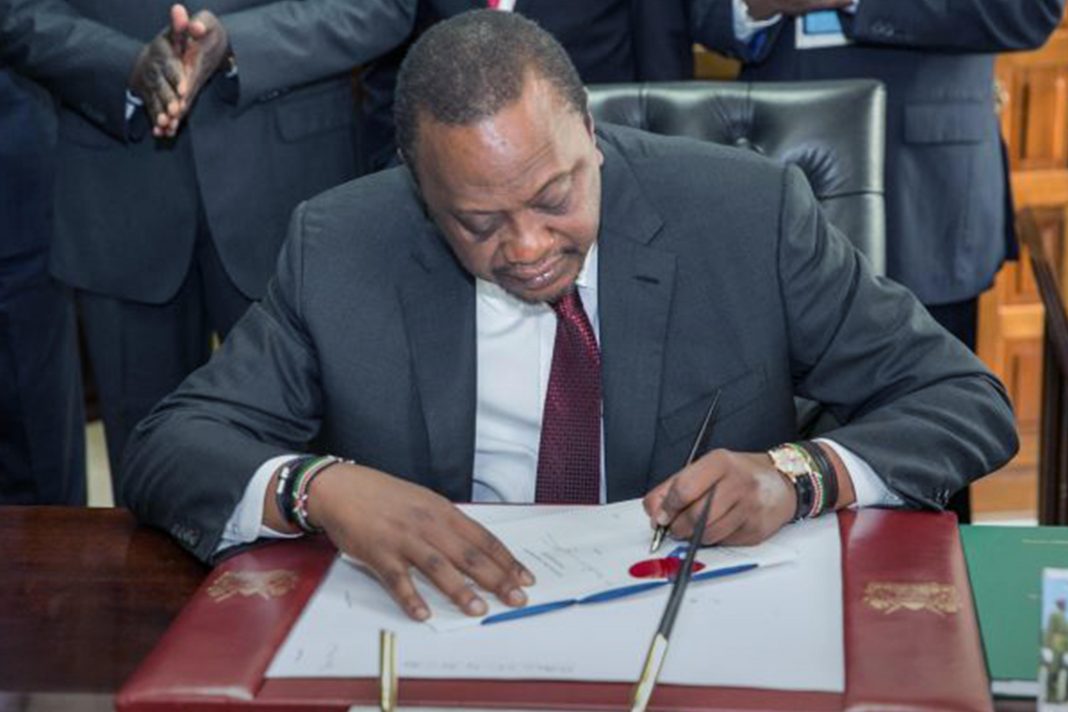 President Uhuru Kenyatta has signed into law the Health Laws (Amendment) Bill of 2018 and the Assumption of the Office of County Governor Bill.

Other legislations amended through the Health Laws (Amendment) Act include the Nutritionists and Dieticians Act, the Kenya Medical Supplies Authority Act, the Counsellors and Psychologists Act, the Physiotherapists Act, the Health Records and Information Managers Act and the Clinical Officers (Training, Registration and Licensing) Act.

Share
Facebook
Twitter
Pinterest
WhatsApp
Previous articleMatiang’i: There Won’t be any Extension of Huduma Namba Mass Registration Exercise
Next articleWomen Suffering In Disasters should Be A Thing Of The Past– And Here’s Why
- Advertisement -