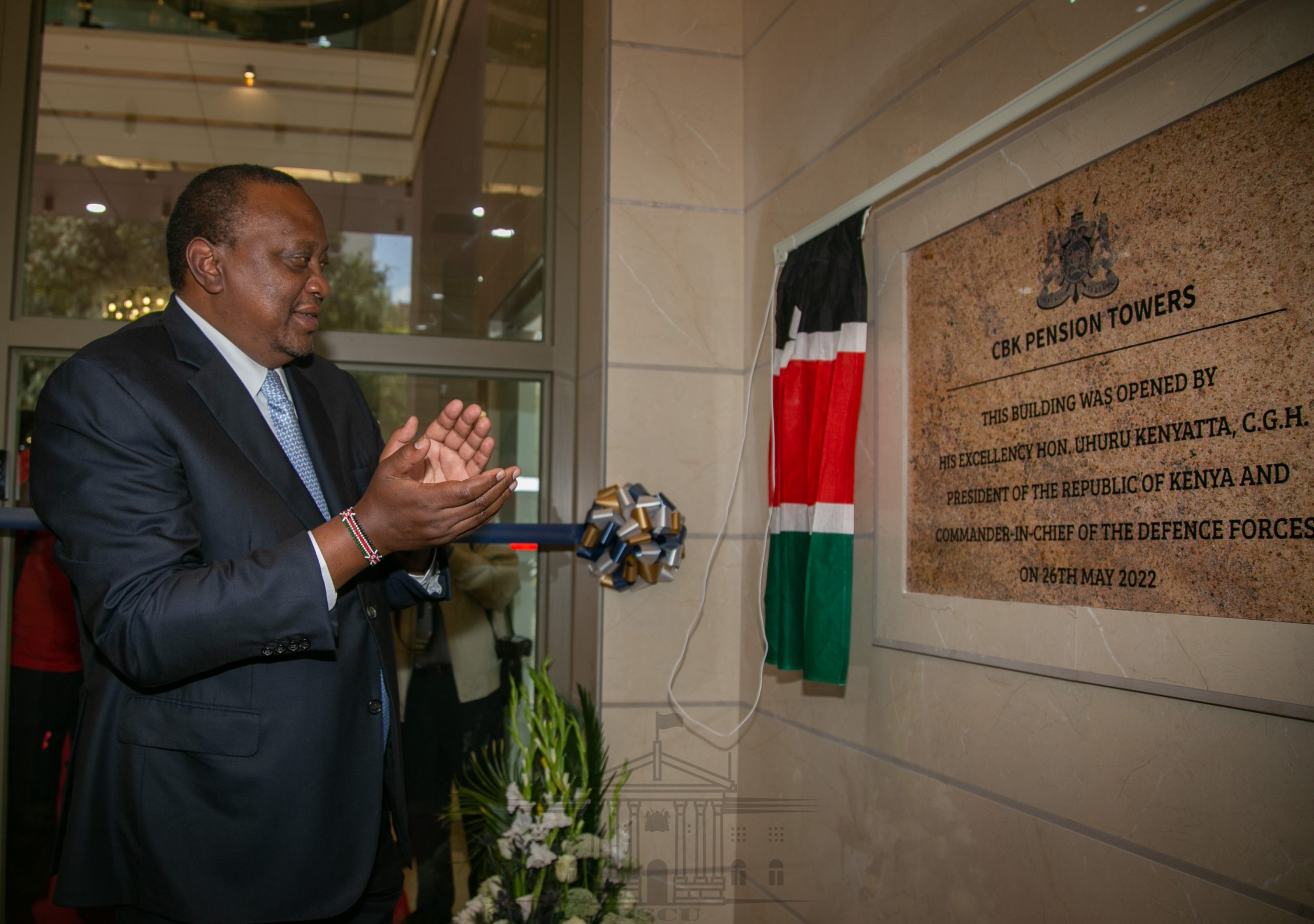 President Uhuru Kenyatta today said the Government has over the last 10 years significantly improved the welfare of senior citizens in the country.

“It is often stated that one of the best measures of how progressive a country is; is how it treats its older citizens. And by that measure, Kenya has over the last decade dramatically improved the way we treat our senior citizens,” the President said.

The Head of State added that he was proud to be the first Kenyan President to institutionalize a framework for supporting senior citizens through the “Inua Jamii Programme” that currently has over one million beneficiaries, in recognition of their contribution to the development of the nation.

Beyond the impressive glass, steel and stone works, the President said the magnificent building is the fruit of decades of dedicated service to the nation by the senior citizens, a towering symbol of a legacy of good works and proof of the wisdom of investing in the future.

“What is also admirable about the construction of this building is that it was fully financed from internal resources of the Pension Fund, with no contribution from the Central Bank of Kenya (CBK).

“You, our senior citizens, it is your hard work that provided the resources to construct this magnificent edifice. I am confident that the returns arising from this investment will return a healthy dividend, thus providing financial resources that will take care of you and afford you a comfortable retirement,” President Kenyatta said.

The President commended the CBK Pension Fund for tapping from local human capital, noting that the professionals that were entrusted to put the towers together as architects, quantity surveyors and engineers were all young Kenyans.

The Head of State pointed out that the inauguration of the building also celebrates the rising role of the pensions industry in accelerating the achievement of the national development agenda, adding that Kenya now compares favourably with the developed markets in terms of the management of pension funds.

“This remarkable growth was supported by a favourable regulatory environment and the consequent good governance of the pension funds,” the President said.

To further grow the pension sector, President Kenyatta assured that the Government will continue to enforce good governance of the sector.

Speaking during the occasion attended by Chief Justice Martha Koome and CS Dr. Fred Matiang’i among other senior Government officials, CBK Chairman Prof. Dominic Mwenja thanked President Kenyatta for his leadership that has made Kenya a better place than it was 10 years ago.

“As you leave office we are confident that the foundations that you have laid for the economic take-off of this country will enable the next Government to lead this country to greater heights of economic growth and development without being caught in the middle-income trap that has happened in many middle-income countries,” Prof. Mwenja said.

Explaining the design of the building, Prof. Mwenja said the towers leaning in the opposite direction represent two retired individuals facing opposite directions with the Pension Towers, Pension Fund and the CBK in between as the anchor and support of the retirees.

“This is a testament to how we view our retirees. Our retirees give us the best years of their lives, it is incumbent upon us also to make sure that they are comfortable in their golden years,” he said.