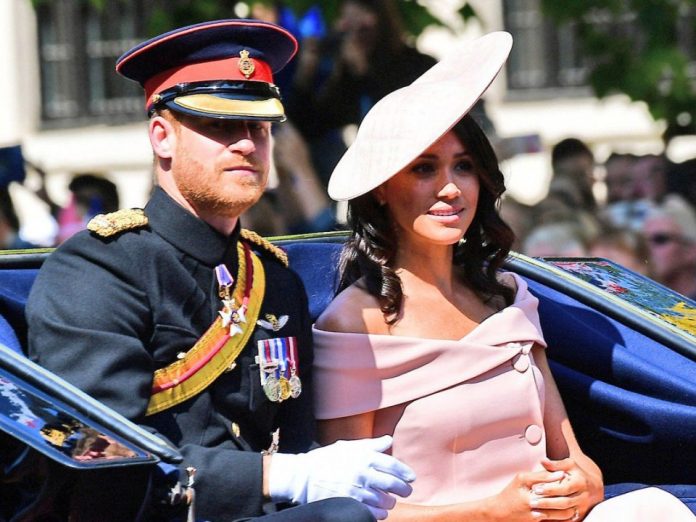 Meghan Markle and Prince Harry are not ever going to become King and Queen of England, and according to sources, Queen Elizabeth is pleased Kate Middleton and Prince William are the ones to succeed her. And while there still could be a chance for Harry as “The Duke of Sussex remains sixth in line to the throne of The British Monarchy” according to Buckingham Palace, it was always going to be The Cambridges.

“Queen Elizabeth finds it refreshing that there’s never any drama or scandal surrounding Kate and William,” a source told Us Weekly. Well, there were those rumors about William having an affair with Rose Hanbury, but in comparison to everything Meghan and Harry have been through, it’s basically never. And so in the eyes of the 94-year-old monarch, William and Kate are “the perfect suitors for the position.”

The Queen is reported to have already started “relegating royal duties” to the Duke and Duchess of Cambridge. And according to the source, those duties include something the Duchess has already been quite passionate about, giving back to the community. Middleton has been “visiting hospitals and organizations and meetings with influential power players,” appearances the Queen herself would have otherwise been obliged.

The royals have stared “liaising directly with royal aides and are becoming more involved in government duties,” the source continues. And while Queen Elizabeth is of course including her son Prince Charles, who is next in line for the throne, “Kate and William have been handed more new responsibilities than Charles.”

The source went on to say that the Duke and Duchess are planning to make “subtle changes to the monarchy,” and shared that “they definitely won’t abolish traditions or anything like that,” but that they will become more relaxed. “Like the dress code and showing affection in public. They’ll continue being advocates for mental health, which in previous generations is a topic that was rarely discussed.”

So, while Her Majesty’s son is presently heir to the British throne, Queen Elizabeth thinks Prince William and Duchess Kate would be ‘perfect’ to succeed her.

Nadia Mukami wins an award at the Zuri awards 2021