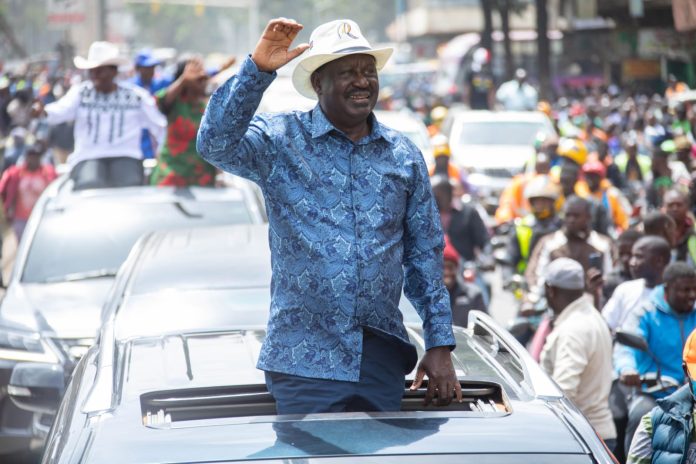 Former Prime Minister Raila Odinga has stated unequivocally that he has no desire to shake hands with President William Ruto.

The Kenya Kwanza fraternity claimed that the calls for public rallies were intended to force Raila to hold talks with President Ruto, similar to the handshake he had with former President Uhuru Kenyatta in 2018.

Speaking at a public rally in Kamukunji, the Azimio la Umoja party leader also addressed Deputy President Rigathi Gachagua’s recent statements, saying he was not afraid of him.

“Gachagua has no manners. Even their father Nyayo (Moi) could not scare me,” Odinga said. He went on to say, “Ruto and his Gachagua should stop talking nonsense, Kenya is not theirs!”

Odinga also stated that his coalition is not demanding their rights, but rather is willing to die to fight for them.