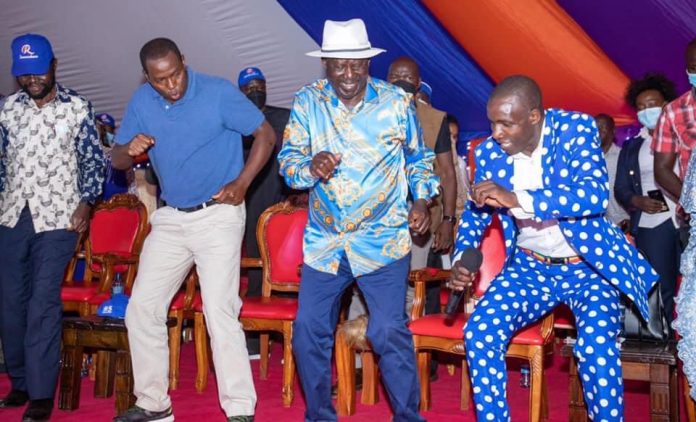 Raila Odinga has responded to Deputy President William Ruto on accusations that he ruined the Jubilee agenda.

Speaking in an Azimio La Umoja rally in Kehancha, Raila Odinga said his decision to broker a truce with Uhuru could not have stopped him from working on his mandate.

“That man (Ruto) has been with Uhuru for 5 years. The rest of the term he has been complaining about the handshake. How has the handshake stopped him from working?”

Odinga reinforced his knowledge of the region and the issues that inhabitants face, radiating confidence that he had the answer for all of them.

Under Azimio, Odinga promised that education would be free, that smart farming would be supported to boost the farming sector, that the health sector would be revamped through insurance coverage, and that the social protection fund program would provide a monthly stipend of Ksh. 6,000 to every needy family.