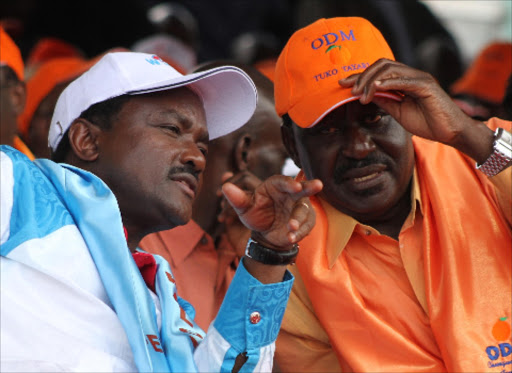 Raila Odinga, the leader of the Orange Democratic Movement (ODM), is likely to attend the Wiper Party National Delegates Convention (NDC) on Thursday.

Mr Odinga, One Kenya Alliance (OKA) principals Musalia Mudavadi of Amani National Congress, Gideon Moi (Kanu), and Ford Kenya’s Moses Wetang’ula, as well as representatives of President Uhuru Kenyatta’s Jubilee Party, will be at the event, which will be held at Kasarani Sports Complex in Nairobi, according to the Stephen Kalonzo Musyoka command centre, which is spearheading the Wiper Party leader’

Mr Kilonzo stated that one of the meeting’s main agenda topics will be the approval of preparations to create a coalition.

Other proposed constitutional amendments aimed at bolstering Wiper as a grassroots movement, he noted.

Mr Swanya stated, “The new structure includes the youth, women, the marginalized, and the crippled.”