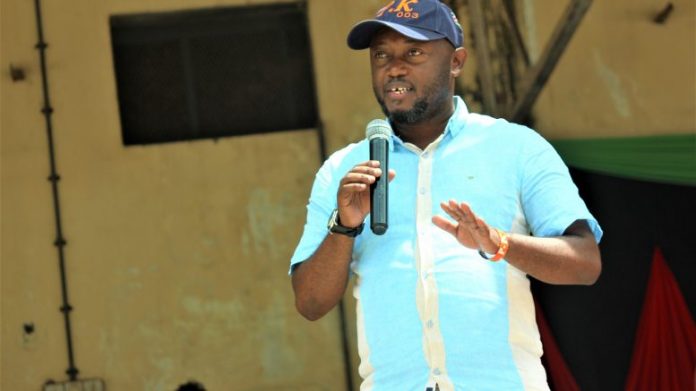 The continued harassment of Kilifi locals by police on Mnazi den raids has now angered Kaloleni MP Paul Katana  who has insisited that the local palm wine(Mnazi) is a legal drink. – By Ramadhan Kambi.

The legislator warned police officers against harassing of its vendors and transporters.

The lawmaker spoke in Kaloleni during the groundbreaking ceremony of five classrooms, an administration block and a library at Kizurini Primary school.

“There is a tendency by police officers frequenting places where mnazi wine is collected in large quantities for transportation to different areas of the country. These people are not drinking wine there. They only want to make sure it reaches the destination on time so harassing someone who is only transporting it will not be tolerated. Just the same way miraa vans transport miraa from Meru to our area without being arrested let our people transport without being harassed by the police,” he said.

Mr Katana said some police officers have developed a tendency of visiting women mnazi vendors in their homes even at a time they are not selling mnazi.

“Police officers should deal with people who dring the wine before the allowed hours. I will not tolerate police officers who harass women who have done nothing wrong,” added Katana

Some police officers have been accused of forcefully taking money from the women even if they are not selling the wine.

“Even though this issue is going to be investigated, we shall not allow people to drink alcohol outside the stipulated hours. I do not want to finish this community that is why I will be harsh on the issue of alcohol. Bars should not be opened earlier than allowed. They should also have all prerequisite licences from the county government,” said Gichiri.

He further warned of strict measures on disco matanga. He said disco matanga has made HIV rates to go high in Kaloleni.