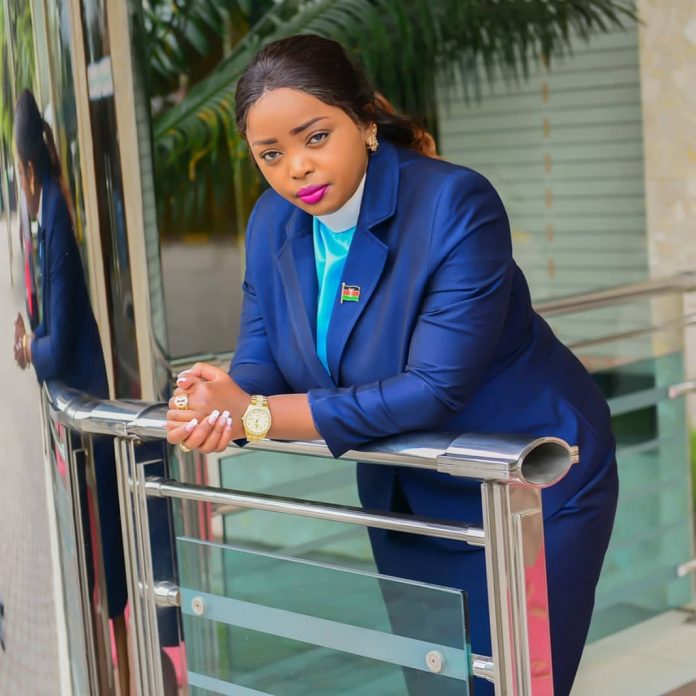 For the first time reverend Lucy Natasha has opened up about her love life and that she is in a serious relationship but the man is not from Kenya.

In an interview at Jessy junction she said it’s been hard for her to find a partner because she wanted someone who could be her friend, share the same goals, chemistry and also be compatible

“You want to marry someone that is a friend that you are compatible someone you have similar goals with same vision and that is what is as waiting for and that is why it has taken me so long.

But by the grace of God I can tell you very well that I am in a good relationship .and love is about two imperfect people coming together. I feel this is the person God has ordained for me, he is some I can talk to, a friend and if I am struggling or going through anything this is the person I talk to.”

She revealed that she has dated other men before but it did not work out. “Some men even approached her and said that they had a vision from God that I was chosen for them.”

“I have been in a relationship that never worked others because of compatibility other see you have different visions .I have been through circles just like any other person trying to settle down

“He is a good guy but he is not a Kenyan and we are not in the same continent. The greatest challenge is being in different continents and so the dynamics are different. And it’s not like we can say let’s meet in the evening. It’s a bit challenging but we are trying to navigate in the end love wins.”

She was asked if the guy she is dating is a pastor but she said:” he also has a calling from God upon his life and he is also a man in the corporate world lakini hana kanisa.”

But when the time comes we will hold three big weddings.”