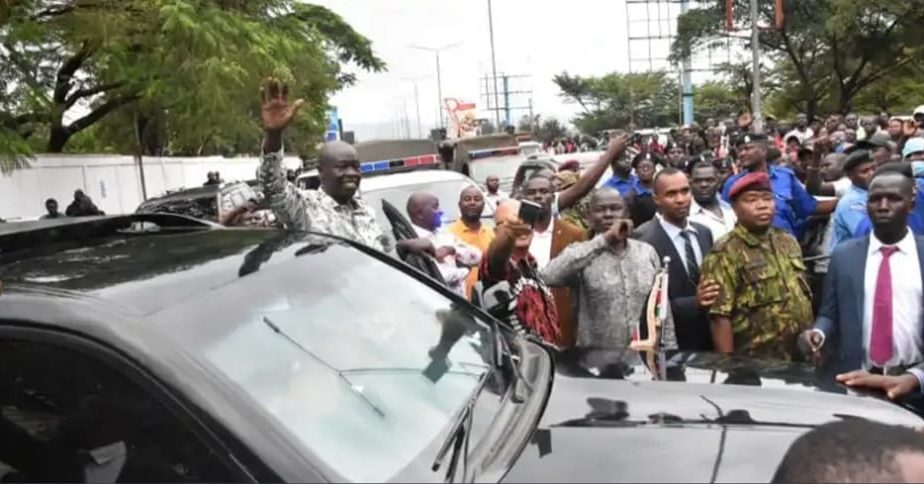 Hundreds of joyous Kisumu residents surrounded Deputy President Rigathi Gachagua, demanding that he address them during his first visit to the region since they won the presidential elections.

For more than two hours, the crowd had gathered outside the main gate of Kisumu Girls High School, where Gachagua was officiating the Gala edition of the 94th Kenya Music Festival extravaganza.

As soon as he finished the meeting and was on his way to Kisumu International Airport, chants of ” Gachagua” filled the air.

The Deputy President was forced to address the ecstatic crowd and promise to return.

“Harambee…mko ngangari? Nimeleta salamu ya Rais William Ruto na nitamleta huku Kisumu hivi karibuni,” (I want to pass regards of our President William Ruto and I want to promise you that I will bring him to this region soon).

The Deputy President is in Kisumu for the gala of the National Music Festival.