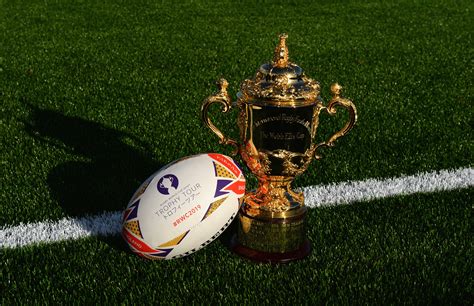 All of this summer’s tours have been postponed because of the coronavirus pandemic, World Rugby has confirmed.

With many countries restricting people’s movements and some borders closed or under strict controls, the news is not unexpected.

Wales were due to tour Japan and New Zealand, while England have long been resigned to not going to Japan.

Scotland were due in South Africa and New Zealand, with Ireland heading to Australia.

The sport has been suspended at domestic level throughout the world amid the pandemic, with only New Zealand having announced plans to resume its Super Rugby competition.

In a statement, World Rugby said: “Extended travel and quarantine restrictions that apply to numerous countries, and concerns over adequate player preparation time, mean that any sort of cross-border international rugby competition cannot be hosted in July.

“Monitoring of the potential impact on the remaining 2020 international windows continues in collaboration with international rugby stakeholders and the respective authorities.”

The global governing body added that “all parties” would be involved in evaluating in line with “potential contingency options with a view to achieving an aligned calendar for the remainder of the year”.

“All decision making will be entirely contingent on national government travel, quarantine and health advice and important player welfare and hosting considerations in line with return-to-rugby guidance recently published by World Rugby,” it said.

England had been scheduled to face Japan on 4 and 11 July in Oita and Kobe.

Head coach Eddie Jones said that while the squad were “disappointed” it is “the correct decision under the current circumstances”.

“I hope all Japanese and English rugby fans are keeping safe and well and we look forward to being back on a rugby pitch and back in Japan in the future,” he added.

Wales have already said they hope to reschedule their summer matches in Japan and New Zealand.

“It’s unfortunate we will now have to wait a little longer for that privilege, but the occasion will be no less relished when it arrives,” coach Wayne Pivac said.

Scotland head coach Gregor Townsend said playing New Zealand on their home soil would have been “an excellent learning experience, but we fully understand the reasons why it can’t go ahead”.

Scotland were due to play two tests against South Africa in Cape Town, before facing the All Blacks on 18 July.

Ireland were due to travel to face Australia in Sydney and Brisbane in July.

“We continue to work with World Rugby, our fellow unions and our players and their representative body, Rugby Players Ireland, to develop a road-map for the return of our game,” said Irish Rugby’s performance director David Nucifora.